I am excited about spring football getting started on March 9

Probably not as excited as the players and coaches, but nevertheless pumped about it.

Not sure how much we will get to see, but anxious to see some of the freshmen, who have not had a college spring practice, develop with the 15 practices.

Watching the QB battle should be fun and I think the defense is poised to make a big push toward being much better.

agree on all that, and really ready to hear how our OL is doing. If TyKiest is a solid RT, and cunningham impoves at LT, we have a solid center, then that leaves lots of good players competing for 2 guard spots. Who can be great? who has a chance to crush some Longhorns, then get drafted?

Unless they pass the immediate eligibility rule, Ty’Kiest will have to sit out a year.

Or he gets a hardship waiver, which we know go so well for transfers to Arkansas, not from!

Or he gets a hardship waiver, which we know go so well for transfers to Arkansas, not from!

Sorry for being a Debbie Downer, but in my biased point of view, I never expect anything remotely good for the Hogs when it goes to the NCAA or to the review process. Like the other night Smith gets a flagrant foul for hooking after going to the review and later in the game one of our guys get a pretty good elbow to the head and the review says a normal basketball play. Neither were consequential to the outcome of the game and actually both seemed pretty insignificant as far as intentional, but just noting it seems we usually come out of the review process disappointed with the outcome.

I thought the immediate transfer rule was all but done deal. Just waiting on formalities. If it doesn’t pass now I think a lot of players and coaches will feel duped by the NCAA , AGAIN.

Wonder when we might hear an off-season update from Pittman? Sorry if I missed that.

youdaman, there is no such thing as a guarantee, especially with us and the NCAA, but folks in the know say that the NCAA is very likely to allow the one-time transfer rule. I think the ruling is in april.

and if they don’t, we’ll still have a great coaching staff and a bunch of willing young men.

I think people are putting way too much hope/thought that Crawford is going to be an immediate impact, much less starter this year, His PFF grades for this season at UNCC were lower than our guys, and he’s got a lot of work to correct some bad habits, too tall like most young linemen. Now, I think Davis and Pittman will get him there, but let’s give it a year in their system before we make him All-Conference. I figure there’s some guys on campus that want that RT position, too.

agreed, and clearly I want/hope for crawford to be the answer at RT-great name, great hair, and according to RD, he’s a good person.

and RT has really been a weakness for several seasons in a row. If Gatlin can stay healthy, maybe he’s the answer, but it’s been a long time since we had a solid RT.

It won’t be Gatlin. 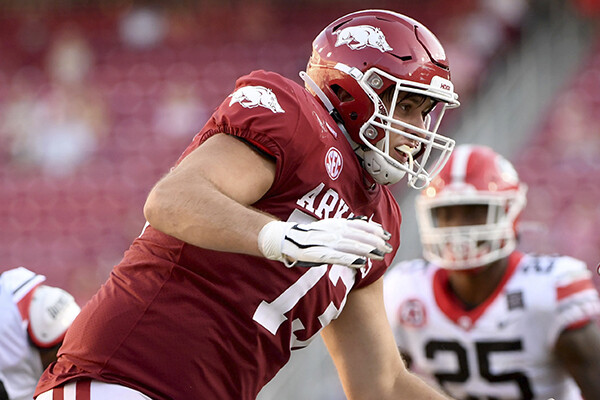 Arkansas offensive lineman Noah Gatlin is retiring from football after a lengthy run of medical issues.

ugh, hate that, I really felt that he would be our RT for years, when he arrived here. 2 surgeries ago.

I look for Henderson to make a move, he will be farther along than Crawford & St John may as well.

I have never really had expectations one way or the other on Crawford,was waiting to see if he can move at that size but he’s a big body and hopefully he can hep us, be a shame if a man that big couldn’t 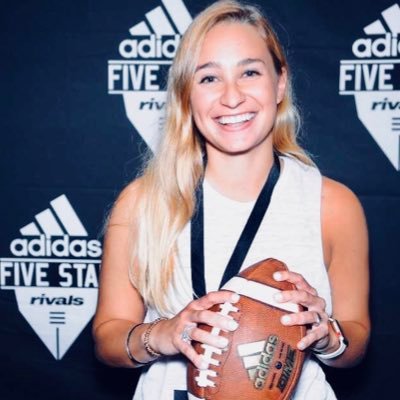