How times have changed

SMU got the death penalty almost 40 years ago for brazenly paying players and daring the NCAA to catch them. Then they spent 30 years running from that. Not any more. 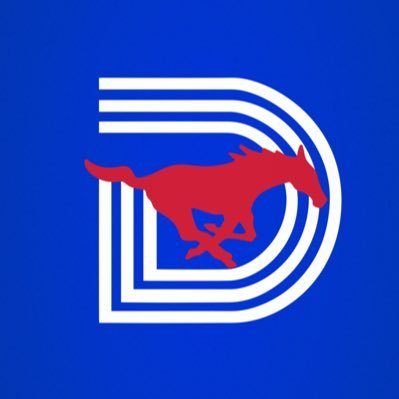 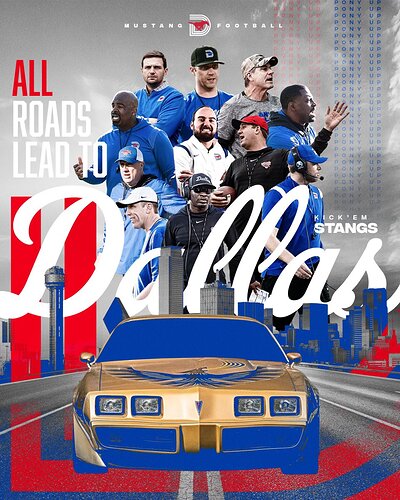 That would be a depiction of Eric Dickerson’s Trans-Am, if you don’t get the connection. Eric confirmed in his autobiography what I had heard all along – that the Trans-Am came from an A&M booster. The Aggies got probation for buying him and he didn’t even enroll there.

Dickerson himself is now involved in an NIL collective for SMU athletes.

SMU got the Death Penalty for doing what is perfectly fine today. And truth be known, they weren’t the only ones or the worst offenders. They have been mired in mediocrity for 40 years now. The NCAA and the sports reporters working in the Dallas/ Fort Worth area at the time like Skip Bayless need to apologize the the Ponies for destroying their football program.

And truth be known, they weren’t the only ones or the worst offenders.

No, they weren’t the only ones. But they kept doing it over and over again. The fact it’s largely legal now is irrelevant. It was very illegal then, and they didn’t care. Their boosters wanted bragging rights at the country club and the NCAA rulebook was not going to stop them – and SMU as a school was right in the middle of it; this was not a case of a few rogue boosters. The governor of Texas was involved, for crying out loud,

Different now. Most SMU alums don’t really care about football these days. After the death penalty year and the second year after that was voluntary, the school administration and faculty took such a dim view of athletics — especially football — that their actions ruined fan enthusiasm. Understandable, but SMU had a good football tradition. It’s a shame that happened. Maybe if SMU can get in a better league things would change. But it’s chicken and egg. It can’t get in a better league because there is little fan support.

Oh I’m quite aware it was illegal. My problem with the NCAA is their blatant cherry picking when it came to schools to be investigated and which was hands off. Football royalty like Texas,USC,Notre Dame, Oklahoma,and Alabama were given a free pass for decades.If Arkansas we’re as blatant as SMU was, we probably would have gotten the Death Penalty too.

Well they did have that glorious season in 2017 that catapulted Chad Morris into the Arkansas job.

It wasn’t that glorious. Sonny Dykes did a vastly better job. But I will admit I grossly overestimated his coaching ability coming out of SMU. I didn’t realize that he has virtually no coaching ability at all. Decent recruiter, awful leader, questionable-to-bad X & Os.

Are you kidding me. That was one of the greatest coaching jobs in the history of college football.7-5 with that team was the equivalent of 12-0 at Alabama. You see what happened to them in the bowl game without Chad.

No. I’m not kidding. Sonny Dykes was a much better coach of SMU. Much. SMU never plays much defense. But it was historically bad under Morris. Gave up 60+ to Memphis as I recall. Even without John Chavis coaching. LOL.

Well that’s what we were told when he was hired. Only a coaching phenom could win 7 games at Smooo.

He did…it said “I’m a High School Coach”…at least he was honest about that.

Should have came with a skull & crossbones label!!!