How our guys played in McD 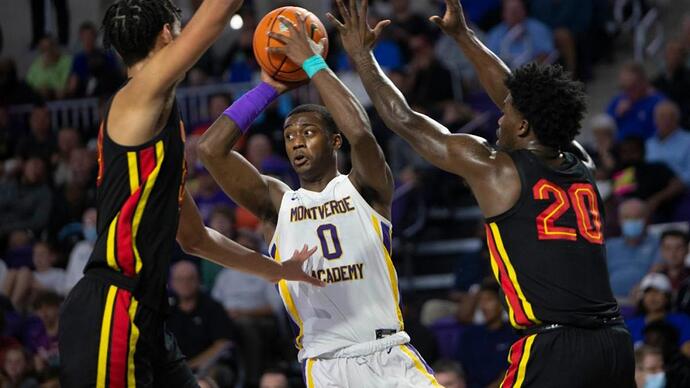 Scroll down a bit but there’s a decent section on our recruits. And Muss’ tweet.

Yeah think Smith was a little bit too amped up, trying too hard to make a big impact. He is very good off the bounce and will be very good once he gets used to the competition that he’ll be facing day in and day out.

Loved what I saw from Anthony Black, to me he is the true PG we really have been needing. Great passer, tall athletic, can get into the lane and finish. Really good Court vision and creativity getting the ball to open people.

Walsh really never got the ball much so didn’t really get to see him do his thing on offense but one thing that stands out to me, he is an incredible passer, threaded the needle again with the left hand bounce pass was just awesome. He has a very good looking shot but both of his 3’s came up short but look good on his two free throws.

There will be an adjustment period for all of them but I think as the season goes on they’re going to be very very good.

Walsh’s 40+" vertical is the most exciting thing I saw. All three seem to be good passers and good at attacking the basket. We need an elite big man added from the portal and we are going to be very good next year.

Walsh is as explosive as Michael Quailes. Man he has some hops. I don’t don’t if he has the second jump as quick as Quailes.

Those same 2 teams had a scrimmage game the day before and the West won. In the actual game last night, it was clear the East was more motivated and played much better defense. The East bigs dominated the game. In interviews a few of the East players mentioned that they lost to the West and weren’t going to let that happen again. A couple of the East bigs were really good last night.

In the 12 minute video of the scrimmage, it appeared that Nick was pretty dominant and probably scored a lot. It seemed he hit nearly every shot they showed, especially from 3. Last night, any time Nick tried to drive an East big double teamed him. I thought he looked very good in the 2nd half as he was concentrating on passing and setting his teammates up for shots.

I agree with another poster, that AB is going to be a really good PG. He played with great pace without turning the ball over. He made several very good passes.

Walsh’s 40+" vertical is the most exciting thing I saw.

Yes, Jordan is going to be a stat stuffer for us. Very unselfish, pass first guy. Great athlete! Last night, he was pretty loose with the ball in his hands a few times when dribbling. He tends to dribble high when he’s looking to pass. The coaches will get that fixed when he gets here. I’m really excited about all 3 of our guys. 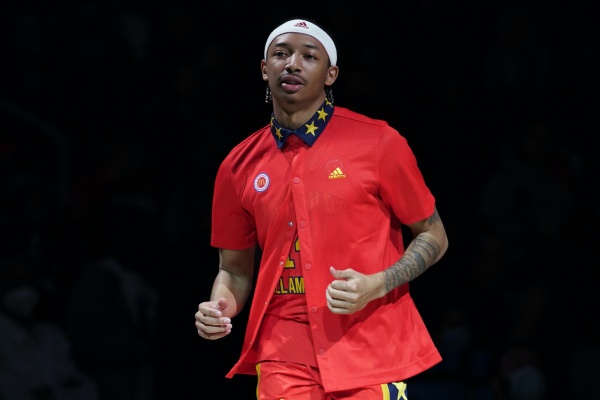 4 players with Arkansas ties, including 3 Razorbacks signees, had decent showings for the West team in Tuesday’s McDonald's All-American Game.

There was something to smile about from all three of our guys. One thing I really, really liked was that the physical skills for these guys are complemented by high basketball IQs for freshmen-which they will need to be important parts of a Muss rotation.

Black will fit right in with the way he finds his teammates for the easy shot after penetration. Excellent quickness. Smith is the real deal both scoring and distributing. Two guys who can put pressure on defenses off the bounce.

Walsh did some nice little things, and he’s actually a little bit bigger and stronger guy than I realized. He can play the 3/4 and probably guard bigger guards as well. He will be better in real team play than what he showed last night.

All three showed some ability to play defense even in the Saturday afternoon at the gym atmosphere of an all-star game.