How about 71 yarder by Cam Little?

granted it is just camp and all, but he hit it 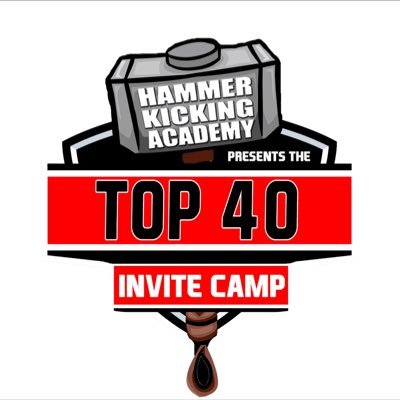 Nice distance… and you have to applaud the accuracy for that distance. An amazing kick and effort. Very Bright future.

I still got to ask though… generally on kicks for distance you a bit lower to change the upward angle to get more distance. Was that distance kick of his high enough to avoid a block at the line of scrimmage?

If nothing else, I think this video demonstrates that he has the leg to be an effective kickoff specialist.

I had no complaints with his kickoff work in Tampa. Into the end zone with and against the wind, which may not have been that much at field level but did seem to make about 5 yards difference on kickoffs.

Yeah, I wasn’t trying denigrate him any any way. Just pointing out the reality of a 71 yard FG is almost slim to none. Though every few years the NFL seems to be able to keep pushing it closer. For outdoors, I think the record is now 64 yards in the thin air of Denver but still 64 is 64, and for Indoors I think its 66 yards in Detroit.

I didn’t think you were. Sorry if it came across that way.

My post was just an observation about his leg strength. If he can send a ball 71-plus yards with a few steps, a 65-yard kickoff with a longer stride to the ball probably shouldn’t be a problem, wind aided or not.

I would think the main problem with a 71-yard FG attempt would be the likelihood it gets blocked (assuming you have the leg strength to get it there, otherwise why try?). Long FG attempts tend to be driven at a lower trajectory which makes it easier for the Dan Skippers of the world to get a hand on it.

From what I remember of Steve Little’s kick against Texas in '77, though, he kicked it at a normal trajectory and just let the north wind carry it, and it cleared the crossbar by plenty.

Steve Little’s field goal was off a tee, correct? I would think a tee potentially adds a little bit of lift over the line of scrimmage.

Yes it was off a tee.

I found a Washington Post story on the game that said Little had a 20 mph wind behind him on the big kick.

I found a Washington Post story on the game that said Little had a 20 mph wind behind him on the big kick.

I am reminded that the very first - ever - 60 yard field goal (NCAA) was made by another Razorback with a stiff wind at his back.

It was Homecoming in 1970, a November match vs. SMU. On our way to a 36 - 3 blowout of the Mustangs, the Hogs were driving late in the second quarter. When the clock was about to expire with the Razorbacks on the SMU 43, Bill McClard took the field for a “Hail Mary” type kick…make or miss, the half would be over.

With a wind of 15 to 20 mph behind him, McClard lofted a high end-over-end kick that came down - hit the crossbar - and bounded up and over the bar…and into the tuba section of the Razorback Band that was waiting to take the field for the halftime show.

Ironically, McClard missed being the first person in ANY league (College or NFL) to have made a 60 yard FG by just 6 days. The Sunday before the SMU game, Tom Dempsey had made the 63 yarder against the Detroit Lions that had shocked the football world.

Tom Dempsey was a great example of not letting a handicap slow you down, in fact, his may have even helped him quite a bit with his straight on kicking style. 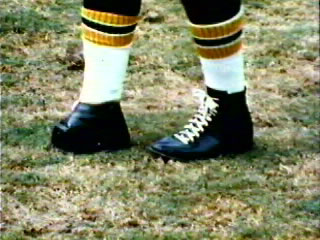 The straight on kickers wore square toed kicking shoes. With Dempsey’s deformity, a square ended shoe (no toes) was all he could wear, as seen in the picture above.

I remember that game, we were still in Fayetteville. We married the following year, 1971 was a special year.

I wasn’t there for the Little kick, but I was there for the McClard kick. As I recall, the wind was blowing a gale for McClard. Wasn’t McClard the last straight on kicker for the Hogs?

Wasn’t McClard the last straight on kicker for the Hogs?

I think Greg Horne was straight on. I know Steve Cox was. Cox made the last straight-on FG in the NFL in 1987.

We had a history of great field goal kickers.

Maybe so. I was there and don’t recall a 20 MPH wind (think I would, I was 17). Probably was some wind helping but it easily cleared the bar by 5 or 10 feet (as I recall). His kickoffs going that direction (south) were sailing through the south end zone over the goal post and at least one or two were well up into the end zone stands, so maybe there was more wind than I felt up in the East side stands?