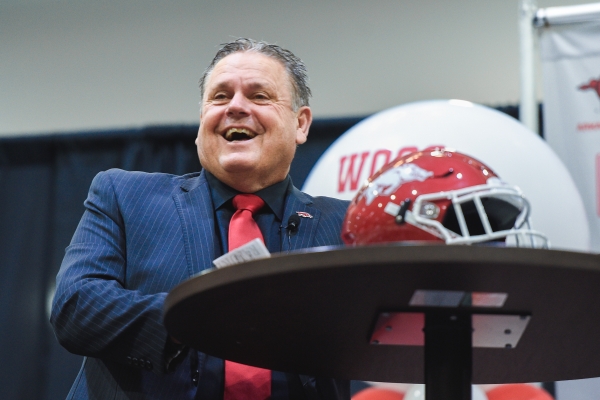 Pittman to host 4 on weekend visits

Probably once he is on campus is and gives RD the green light to mention it would be my guess. RD ain’t got one leak in his body so until he is given the green light no leaks will come from him haha!

Chad Simmons of Rivals said on Wednesday that Slusher was expected to visit UA this weekend so I don’t know why the secrecy.

Slusher announced on twitter today that he will be signing early.

Interestingly, there is nary a mention of Oregon on his profile.

Interestingly, there is nary a mention of Oregon on his profile.

The Chad Simmons article was about five players he thinks are likely to flip. It mentioned UCLA for Slusher but also that he was likely to visit us this weekend.

Thanks for posting this rayzabackerii…very interesting as his twitter has no mention of Oregon anymore. Even in Rham’s tweet about him and Slusher being the first All Americans at their school and to come out and support them when they sign on the 18th no mention of Oregon. He also retweeted a post made by the kid committed to UVA that is currently visiting. Would love to land him if he is actually in town right now.