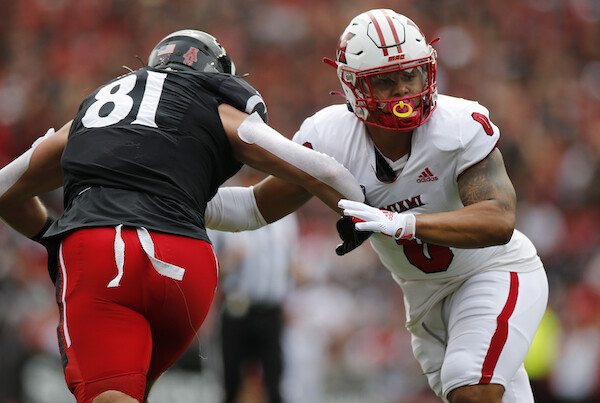 Miami (Ohio) linebacker Ivan Pace announced he received a scholarship offer from the University of Arkansas on Monday.

An opposing coach in his conference told me he’s very physical. He has a brother at Cincinnati 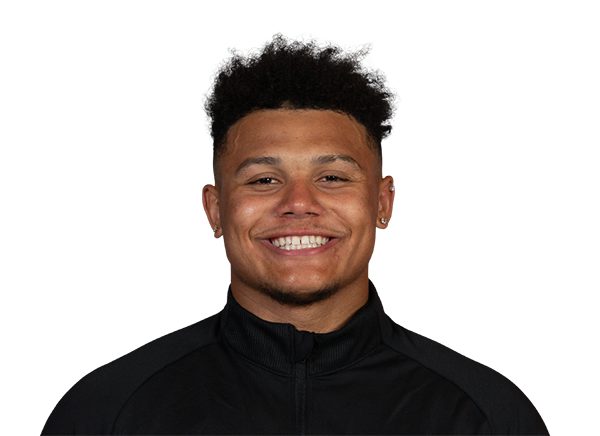 Clearly the other teams were targeting him!

Would be a huge addition… Fingers crossed we can get him

An opposing coach in his conference told me he’s very physical. He has a brother at Cincinnati

Since his brother’s at Cincinnati, and they’ve offered, aren’t they almost a lock to get him?

Unless he is wanting to play in the SEC one would think Cincinnati is where he is headed but what do I know. If he does go there, one way or the other we will see him on the field next year in the game we play them. Hopefully he is a Hog though!

He just committed to the Bearcats.

I know the article doesn’t say that UA offered today; only that he announced receiving it today. But if he was offered today that makes me think that Bumper may have decided to pass on the super senior season and put his efforts toward the NFL draft. Not starting a rumor it just seems that those are reasonable dots to connect. I absolutely hope I am wrong; all along I thought the emotional lure to stay would be too strong and he would ultimately choose to return for that 5th year.

I don’t think that’s the case.

They have been looking for LBs in the portal.

Arkansas is bringing in a LB with experience no matter Bumper’s decision.

I think it is reasonable to say that almost all Razorback fans really hope Bumper returns for next year, especially since we will have so little experience at his position. But we all need to concede that what we should be hoping for is what is best for Bumper and his family (as should be the case with all those who don that uniform and represent the University of Arkansas). And I feel confident the decision will be based on that.

No one can deny his love for or commitment to the Razorbacks over these last 4 years and we all need to support his decision regardless. Having said that…I still think he comes back.

I tend to agree with your statement (I think CSP has said as much) but the timing seemed a little interesting to me on this specific offer.

I may have dreamed this…but did i see that if Bumper comes back not only the Razorback All-Time Tackle record was in his reach but also the NCAA record? Going for the record books may be worthwhile!

The FBS record for career tackles is 694 by John Offerdahl of Western Michigan in the 1980s; he went on to play eight seasons for the Dolphins.

I saw something like that too (Pool nearing an NCAA record) but I think whoever came up with it didn’t know what they were talking about. Bump only has 238 career tackles. He’d have to play about four more years to catch Offerdahl.

The UA record is 408 tackles by Tony Bua. He’s not even really in reach of that.

According to an article Clay wrote about CSP either today or yesterday, Bumper is only 60 tackles away from breaking Tony Bua’s school record of 408 tackles. He could easily do that if he returns and is healthy next year. But he is no where near an NCAA record as you stated, if it is 694. That would be way out of reach and might never be broken. Would be great to have Bumper back next year. 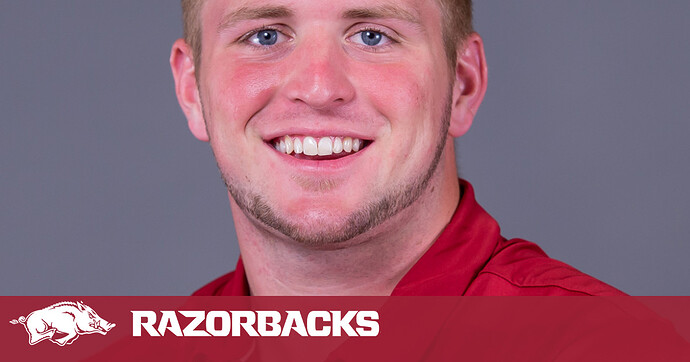 I posted about Bumper here. I mentioned above I would talk about his decision at the appropriate time

Bumper is back Football Insider Board

Hats off to Bumper Pool, a ray of sunshine on a rainy week ! Wish him nothing but the best and thank you! WPS