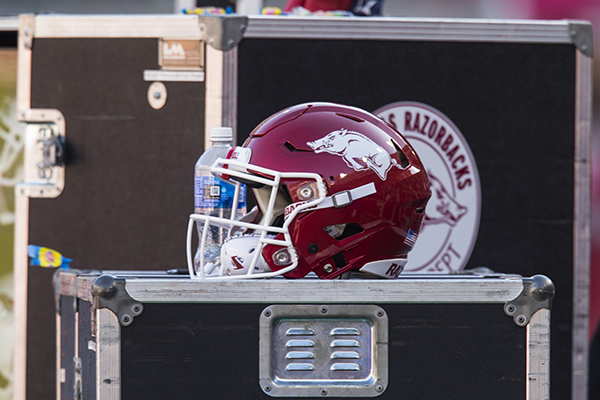 Arkansas has landed another speedster from the state of Oklahoma with the commitment of receiver Bryce Stephens.

Richard do you think we will get another 4 star this class?
Seems like the few that we had a legitimate chance with have disappeared.

Another impressive commitment for Razorback football.
This young man has serious skills for a receiver, and also
an impressive offer list.

They see Ketron Jackson isn’t coming. Call up this kid. I like it.

Pretty good offer list. Okie Lite and a number of other Power 5 schools including the Fighting Harbaughs.

They see Ketron Jackson isn’t coming. Call up this kid. I like it.

He called us, actually. It was a surprise, and we weren’t going to stop him from committing. Staff still thinks there’s a chance with Jackson and Thomas.

They definitely were surprised.

This staff knows you need speed in this league. Great job. Forget the stars.

Coach Pittman and his staff have done a great job in Oklahoma, especially considering the circumstance.

One would think the early success will pay off for establishing some pipelines to mine down the road.

So far we have more recruits from Oklahoma (6) than any other state. How much of a departure is this from typical years? Is a narrative taking shape with this recruiting class that explains this, or are we looking at several factors that just happen to be aligning this year? It certainly makes sense from a geographical standpoint, with two large metros within three and a half hours of campus.