Hogs in the NFL

not a big follower of the NFL but was wondering how many Hogs made the final 53 man roster for all the teams…?can anyone find that information…tried to look at ESPN but their list were not that informative

I know Scoota Harris and Kam Curl made the Commanders’ roster.

Armon Watts was waived by the Vikings, which surprised a lot of people because he was a starter last year. He will get picked up somewhere.

These are the players who are listed on active rosters:

He is a tight end. I thought it was worth noting because he was signed as a quarterback.

Franks has pass attempts, rush attempts and a catch in the preseason. Triple threat. I guess they’ll keep him on the roster as an emergency QB and part-time TE.

suspected that was what it meant.

I saw Franks play QB a couple of weeks ago but he was also listed as a tight end. Has he moved permanently to tight end?

Has he moved permanently to tight end?

The roster lists him as TE, not TE/QB.

They keep him for both positions. He will likely play a more TE than QB.

They keep him for both positions. He will likely play a more TE than QB.

It frees up a roster spot if he is a capable 3rd QB and 3rd TE.

Really happy for Franks that he got to and has been able to stay in the show. IMO he almost singlehandedly saved the Hogs’ future. 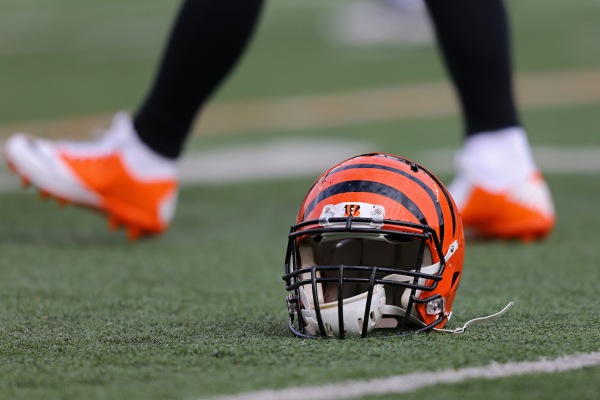 Apart from the obvious guys, like Hunter Henry, Ragnow and Trey Burks, there are quite a few ex-Hogs currently on rosters. Brandon Allen is in the midst of his annual get cut/re-signed process with the Bengals, who needed him off the roster for a few days to do some roster moves. They don’t have another back-up for Burrow on the regular roster and reports are he will re-sign in time for the opener.

Other guys I saw on rosters:

He starts when healthy so I consider him an “obvious”. It’s great to see Dre have pro success after grinding his way through a lot of adversity in college.

I believe Scoota Harris is with the Commanders too, but not sure if part of the 53 or practice squad. And the team name has changed as well.