Hogs in the middle of several notable changes

On the 30-year anniversary of Arkansas’ move to the SEC, Bob Holt took a look at several college football changes that included the Razorbacks. 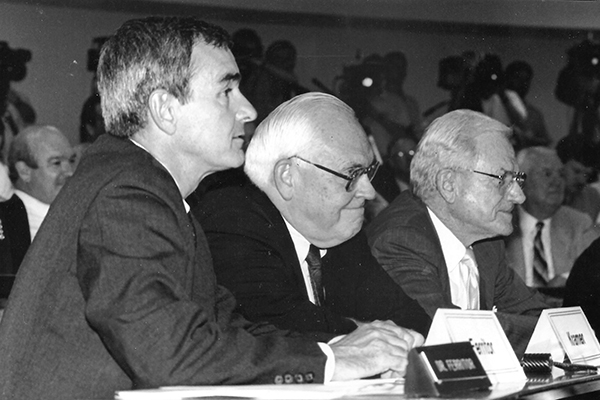 Hogs in the middle of several historic college football changes

This weekend marks the 30th anniversary of the University of Arkansas accepting an invitation to join the SEC.

Aloha and mahalo to Bob Holt,

An outstanding historical perspective of the Razorbacks role in NCAA football. Unfortunately I remember too well the 69 EOE-A, 1971 EOE-K and 1982 SMU games.

Very interesting point about Coach Hatfield as HC at Army with his NC ring and his assistant from Bama with his ring. Hard to believe they didn’t sit at least one time to compare them. But I believe Kenny and he played for the “undefeated” NC also.