Hogs are only super regional team in last 4 tournaments

Because Arkansas and North Carolina have been such regulars in the super regionals, I wanted to see how many other teams had made the supers as often recently.

The Razorbacks are the only team since 2018 to make the super regionals in all four tournaments. North Carolina is one of nine teams to make it to the supers in three of the last four, along with Ole Miss, Mississippi State, Vanderbilt, Auburn, Texas, Texas Tech, Stanford and East Carolina.

How many of those 9, besides ole miss, didn’t make it to Omaha?

East Carolina has never been.

If we will our super regional will we be in bracket 1 or 2 at CWS. Never been to opening night ceremonies might go if we are bracket 1.

Arkansas would most likely start on Day 2 in Omaha.

I’ve covered the CWS five times, but had never gone to the opening ceremony until 2019. It was better than I expected. There was a mini-concert by Eli Young Band and the fireworks show was great.

I like our chances to advance. Maybe not quite 50/50 since we’re the visiting team, but I’d think that wouldn’t miss it much. We might be a bit better than UNC. 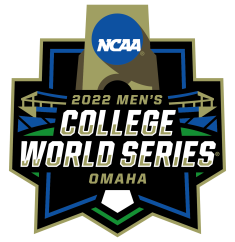 The official 2022 College Baseball Bracket for Division I. Includes a printable bracket and links to buy NCAA championship tickets.