Hogs' 5-star signees to compete for spots on USA team 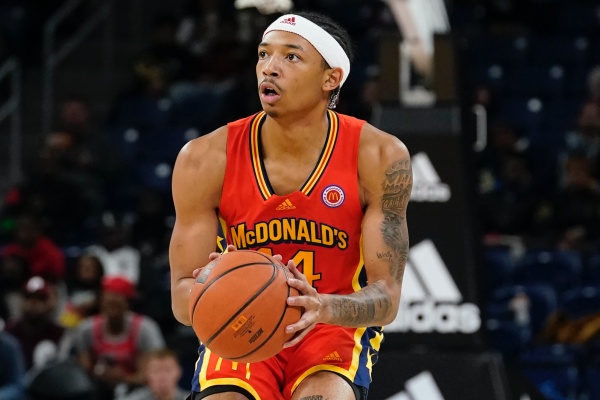 Hogs' 5-star signees to compete for spots on USA team

Three Arkansas signees have been invited to participate at the 2022 USA Basketball Men’s U18 FIBA Americas Championship National Team training camp from May 26 - June 2 in Houston.

Great honor. However, I have a bit of trepidation about having all 3 of our 5 star freshmen competing in Tijuana for 6 days. All kinds of crazy stuff enters my mind, from injuries, to worse, on the streets of Tijuana.

on the streets of Tijuana.

You don’t say. You think they’ll end up at Iguana Rana’s?

You don’t say. You think they’ll end up at Iguana Rana’s?

I’m just not crazy about sending our guys to Tijuana. I assume you know that city has been the most violent city in the world the last 2 years (2020 & 21). What’s to keep 12 American teenagers from being targeted.

Having said that, I’m sure the coaches and the organizers will go overboard in protecting these guys. I still wish they had chosen a different city. Just what went through the minds of the organizers, picking the most violent city in the world the last 2 years? If Mexico was important, why not Puerto Vallarta or Mazatlan or any Mexican city not named Tijuana?

I’ve been to Tiajuana more times than I can count. Much like San Juan, Puerto Rico, if they stay on the main tourist areas, they’ll be ok. If they wonder off the beaten path, it might not work out in their favor (I got lucky on more than one occasion)

Surely you are not comparing Tijuana to San Juan. I’ve been to San Juan probably 10 times. One of my favorite vacation spots. I love Old San Juan, the forts, the food, etc. It’s a US territory and a safe place for American vacationers.

I doubt they’ll have much time for sightseeing or trouble-seeking. Tournament is eight teams, seven days, six games, if they use the same schedule as the last U18 Americas. Three days of group play, a rest day, then three days of play to decide places 1-8.

C’mon Baked. You are comparing San Juan with THE MOST VIOLENT CITY IN THE WORLD THE LAST 2 YEARS. That’s just silly. All you have to do in San Juan is use a little common sense, just like you need to do in Little Rock., Ft Smith, etc. It is a good safe city to vacation if you just do that.

Same thing with Tiajuana or any other city in the world.