History does repeat itself 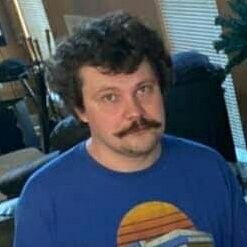 That would be the Thurman from 18 game on Super Bowl Sunday. 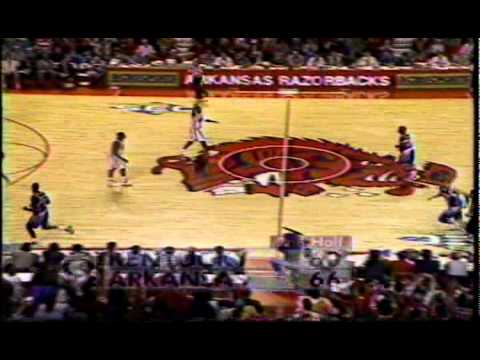 It’s always nice to go back and get that feeling about how truly great those players were.

This edition of Kentucky might not ever match their shooting from 3 again this season. I’m just proud we beat them!

That game was my first game at Bud Walton.

Put slobber hog back at mid court, and let us never speak of FF hog again!

Thank you for posting that video Jeff. About to watch it again. Good times.

Best college basketball game I ever witnessed. You had most of the National Championship Razorbacks vs one of the all time great Kentucky teams. Lots of scoring even though good defense was played by both teams. One team would make a run and the other would answer that run with one of it’s own. Scotty hit a step back jumper to win that game.

That game was loud! The Bud was rockin!

True story. On the derive back to Little Rock from that game with three of my basketball buddies, as usual I was speeding at 90 mph (no longer drive at that speed as I aged) and got stopped just before Clarksville and clearly deserved a ticket. But one of the basketball buddies was quick on his feet and told the police officer that we were returning from the game and were all so excited about the win and were reliving it and I, the driver, got distracted. The police officer was a big Hog fan and he said he was excited too and we talked about the game for a few minutes and he never gave me a ticket.

I was a student at UA back in the 70s. I got pulled over driving to a LR game by a local around Atkins maybe? I stepped out of the car wearing my red/white overalls. He asked “are you going to the game?” I replied yes and he just said “well try slowing it down a little bit.” and let me go!

We were headed home (Chattanooga TN) on I 40 near Brinkley years ago and was stopped by a Arkansas State Trooper for speeding. I had added hog stickers to my TN license. The Trooper told me he liked my Hog stickers on the TN tags and to slow down. He shook my hand and left.

I wasn’t at that 1995 Kentucky game but I was at a game about five weeks later, against Auburn on Senior Night. The Bagmen had a 12 or 15 point lead with six minutes to go or so, but the press started turning them over and it got LOUD. You couldn’t hear yourself think as we whittled away the lead, and finally we got over the hump. Won by 2. We only shot 33% that night but we turned the Bagmen over 25 times.