Have we established a ring of honor yet?

When I think of how #5 or #27 jerseys can ever be worn again and know some don’t like retiring jerseys, makes me wonder how we might plan on honoring greatness of program publicly and around stadium.

We have such great history would love to see more visibly.

#5 was inducted into the Razorback Sports Hall of Honor tonight. 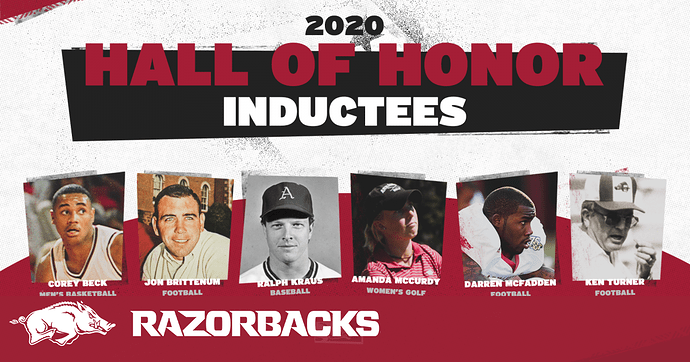 Six former University of Arkansas student-athletes, including a College Football Hall of Famer and two-time Doak Walker Award winner and the point guard on the Razorbacks’ national championship men’s basketball team, have been selected as members of...

Six former University of Arkansas student-athletes, including a former and current track and field Olympian, a member of the 1994 Razorback Basketball national championship team, two football standouts and a softball pioneer, have been selected as...