Have to bring in more dual threat guys

Baylor should have given us a blueprint of what we need to do, they had three or four guys that could beat you off the dribble in score inside or sit back and drill the 3, we basically only have one of those on the roster that’s Notae, we will probably have to go to the portal to bring in a couple but I think we have to have more dual-threat guys to go to the next level

Need some 3 point shooters. We had enough open looks and wound up having Devo take them. Or a ridiculously cold Moody. Make several 3s and several things are equalized.

Not to be hyper critical, but when our best shooter was cold, the impact was more than just his missed shots (especially with Notae on the bench) it forced other guys to step up and for the most part they did. However, some shots we took were shots that the shooter took, not because of selfishness or bad decisions, but more because somebody had to.

I’d say keep doing what Muss has been doing. He has the blueprint. What Baylor has is unbelievable. There are a lot of folks recruiting the same players. The key is to sign them.

I do not want Muss to change what he’s been doing, just keep doing it. He has a blueprint and it is his.

Agree with the thought that you need effective dribble-drive guards in today’s game.

But the blueprint Baylor showed is the same blueprint many teams have used before (including us in 94): Return an experienced roster, and have your best 5-6 guys have 2-3+ years in the system.

Pay 'em enough and they will stay around. I’m kidding. But the rumors at Baylor are substantial.

There isn’t a 5 star on Baylor’s roster and their leading scorer was a 3 star with no P5 offers outside of Seton Hall.

They have a veteran roster that appears to spend all their spare time in the weight room.

Honestly, Drew has changed his blueprint from when he first arrived. They aren’t signing elite recruits any longer. Well, at least elite in terms of rankings. Those guys last night were elite.

They have a bad reputation. Maybe nothing to it.

Oh I think early on in Drew’s tenure they were utilizing the bagman with Pearl and Wade levels of success.

That reputation goes back decades. I’ve beat that dead horse a lot. They are sleazy. In many ways. Period.

Ok to get more 3 point shooters that’s a given. But to say we didn’t have the athletes to drive to the basket is a bit false.
We have those this year, however we sometimes miss layups at the most critical times. they may need to work on layup drills with contact.

Baylor is in year 18 of Drew’s tenure, now making their 1st (basically ever) Final Four. That’s hardly a pattern to envy, regardless of the recruits that have come and gone over those years.

This year’s team is the exception, not the norm for Baylor basketball. Everything lined up perfectly for them to make this run.

To me, that epitomizes the example of “one-hit wonder.” 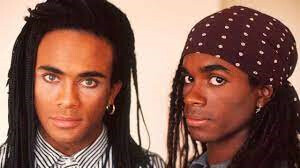 Those drills are standard at the college level. All teams utilize that drill. Musselman does.

I figured that Clay and probably why the more experienced players are more apt to make the layups under pressure and contact.

I actually think we have 3 guards who next season that will be able to drive it and crank the 3. JD, Devo and KK. Also Desi The Dog. I have zero doubt people are going to be stunned to see the caliber of 3 point shooter Devo will be.

If we can develop a 3-4 to do the same or bring a portal combo F or even 2 of them that can drive and shoot the 3 with the size we have we are going to be a problem for people. We are so close. I can’t wait to see Moore he may be one of them. I would love to see a portal 3 shooting stud 6’6 ish physical dude added.

One physical driving athletic 3-4 type, 3 shooting with hops, portal guy to go with Moore would be great. IMHO that’s really the missing piece.

Baylor is in year 18 of Drew’s tenure, now making their 1st (basically ever) Final Four. That’s hardly a pattern to envy, regardless of the recruits that have come and gone over those years.

Well the pt. I was trying to get across is we need guys who can score off the dribble and shoot the 3. Notae is the only one who can do that on this year’s team with any accuracy.Davis can blow by his man and score but not really a 3 pt threat,Sills can be a dual threat sometimes. Baylor was driving by us at will and we had to get up on them or they would just sit out there and drill us from the 3-point line they had us stuck like Chuck. They had three or four dual-threat guys

What happened to Vance Jackson?

Pretty much a non athletic 3 pt shooter, not much defense or rebounds