Has anyone seen Malik Hornsby at WR

seems to have been addressed with him, in the spirit of we want you on the field. Who is Cade Fortin and is a valid QB option for depth?

“In that conversation, I said, ‘We’re going to give you every chance of winning the starting quarterback job, but at the same time, if you come back, I have to be willing to let you play wide receiver,’” www.arkansasonline.com/news/2022/apr/01/jefferson-hornsby-shine-in-latest-razorback/” Pittman said. “So we’re doing it slow.

“We definitely want to give him every chance he has to win the starting quarterback job. But I think you’ve seen it and we’ve certainly seen that he can be of great help to us as a wide receiver… . To his credit, he’s doing a really good job with it and he’s got to play up the extra reps and those things.”

Pittman said that the fact transfer quarterback Cade Fortin is picking things up quickly in the room with Jefferson, Hornsby and Lucas Cooley allowing offensive coaches to branch out with the 6-2, 187-pounder Hornsby, the most on the team. Can be a fast player. , 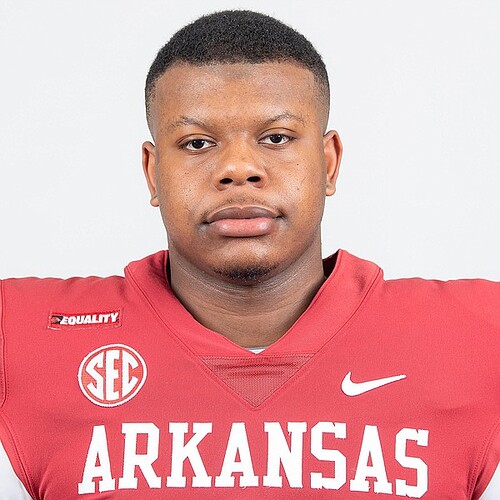 FAYETTEVILLE — The Arkansas Razorbacks moved indoors to the Walker Pavilion on Thursday for spring practice No. 5, which saw light snow in northwest Arkansas.While Pass Rush remained a tone setter …

CSP seems to get the best out of every player and that’s just one of the many reasons our recruiting has been so good. Players and their families believe and desire the no nonsense approach of how he can truthfully tell them what he expects and how they can put their son in a position to be successful. WPS

His speed is so elite it will just be about learning to run routes correctly. they said he blew by people on two different routes and in one instance made a great catch. That’s why Sam says he can be a real difference Maker. You get out of position one step on a guy like that it’s a house call the way KJ throws the deep ball

Man, that article was hard to read. Did a high schooler write that? Interesting material and quotes though. Love seeing Malik being used as a weapon while giving him a chance to become a legit QB.

Did you mean to say “high schooler” or “pre-schooler”? Man, that is the most unintelligible piece I’ve read in a while!

The article is a rip off of what Tom Murphy wrote for us Friday. It appears most of his copy was pasted and some words were changed. Very odd. 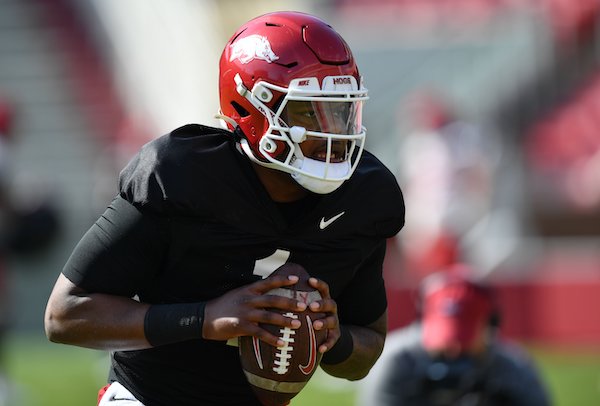 Arkansas moved indoors to the Walker Pavilion for Thursday’s practice No. 5 of spring on a frigid day that featured light snow.

Change some words to avoid accusations of plagiarism?

He can be an incredible weapon but he will have to be on the field quite a bit where he doesn’t get the ball or they will know when he comes in the game where the ball is likely going which will make it much harder to get the ball to him.

I was at practice last Thursday and he caught two deep balls and was used in a variety of ways.

I think he has a future out there.

That’s exciting news right there. That is elite SEC speed

I was at practice last Thursday and he caught two deep balls and was used in a variety of ways.

I think he has a future out there.

Is this like our QB (Matt Jones) deal and would actually work better as a NFL possible player. Or is that way off the charts for Malik?

That kind of assessment will take more watching and seeing how he develops.

Sam Pittman said this of Hornsby today on the 247 football podcast: “He has height, he has unbelievable speed and he’s a natural at catching the football. We’re certainly not giving up on him at quarterback, but he could become, in my opinion, a very elite wide receiver if he worked his craft a little bit more.”

Yep, but the other side of that is when Malik is on the field, could be a great decoy to get the ball to other playmakers.
Briles will have fun tweaking this offense with KJ, Hornsby, Greene and the rest.

On the other hand, it would be pretty cool to put Hornsby at WR for a play, have him run a reverse or something like that, force the DBs to come up
because they respect his speed, have Jefferson go downfield after the handoff, and Hornsby to throw him the ball after Jefferson builds up a head of steam and/or surprises the defense which ignores the possibility that Jefferson can play the WR role in this scenario. Could not run it often, but what a nightmare for a defense.

Btw, not this same exact scenario, but I was at the Tennessee game in Knoxville that we lost in multiple overtimes. It should never have gone into overtime. We had to go 90 yards or something like that, with less than a minute to go and no timeouts, Matt Jones threatens a run, the DBs are so afraid of his speed they inexplicably come up to tackle him when all they have to
do is stay back, let him run, game over, and he throws over their heads for a TD that forces overtime. Speed kills.

I attended that game in Knoxville too. Tough loss.