Had some golf shoes customized 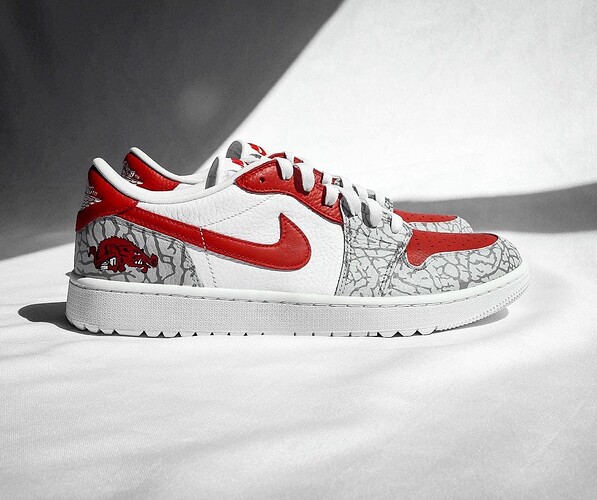 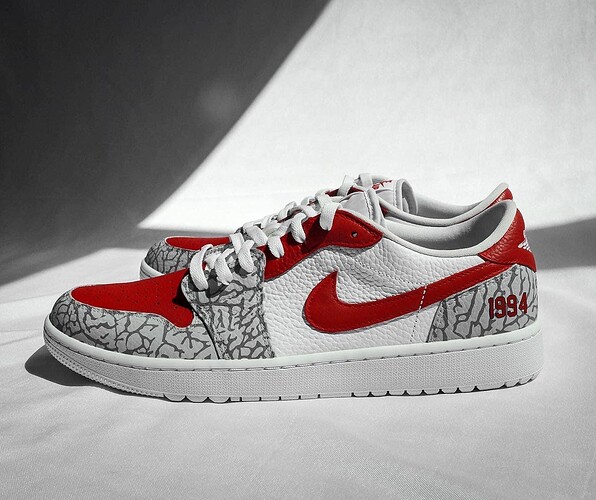 Had some Jordan One golf shoes customized.

Hmm. Didn’t know there were Jordan brand golf shoes but given how much MJ loves golf, it shouldn’t surprise me.

Sweet! Love the Slobber Hog! Where do I get some…in case I ever have time to golf again, lol?

There are some really sweet Jordan golf shoes, Jeff, but like the hoops versions, they ain’t cheap.

Jeff, you may not hit them better in these but you’ll be styling. Love these.

You think I get some spikes put on these, Jeff? 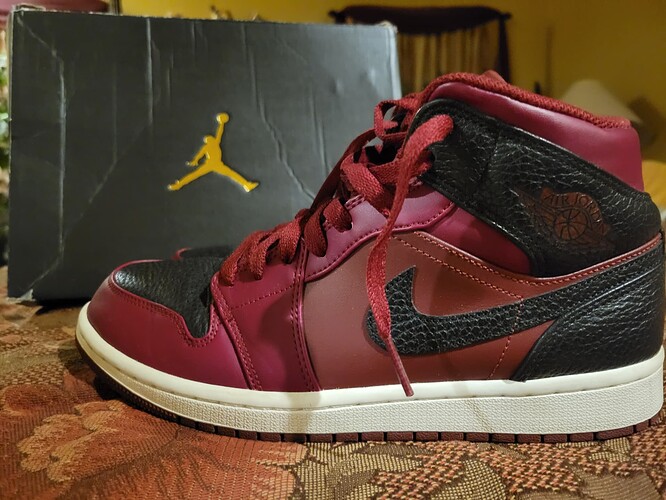 I bet. I’ve bought two new pairs of golf shoes this summer (both Adidas), stocking up before the (planned) Scotland trip next year. I bet the cost of both pairs together isn’t even close to the cost of those Jordan kicks.

Speaking of ain’t cheap, I was just looking at the cost of a 140-mile golf trip from Casa SF to Pinehurst to play #2. You have to stay on the property to play #2; ain’t none of this drive over from the Casa that morning stuff . The absolute cheapest way to do that costs $700 plus for one night and one round. And that’s this year; if I wait until 2023 it’s going up.

You think I get some spikes put on these?

Looking at those kicks Jeff got, they don’t have spikes either. One of the Adidas I just bought is spikeless, and the traction is really no different.

I just looked up the prices for the Jordan golf shoes. Not customized, of course, but actually cheaper than some of the top-line golf shoes out there from companies like Ecco and FootJoy.

I’m not good enough to play Pinehurst, so that would be a total waste of money for me.

I’m not good enough to play Pinehurst, so that would be a total waste of money for me.

Actually that’s the thing about Pinehurst. It’s relatively hacker-friendly. Not much water, OB, stuff like that that ruins your day. They’ve even removed some trees in the last few years, trying to get back to the original look. You may shoot 120 but it’s a stress-free 120. Which is also true of some of the Scottish courses I’m looking at.

Don’t they have those domed greens?

Some of the greens are domed, and that’s why you might shoot 120.

One more thing. It’s nearly 7600 yards for the Open. I’m not playing the Open tees. I’m playing green tees (5800), maybe even red (5200). I get to see everything without trying to hit over everything.

You’re being kind. I can shoot 120 at Lost Springs in Rogers.

LD headed to Nashville in October to play in a big 3 day tournament. My wife is coming with me so we are going to stay a week and make a vacation out of it.

Enjoy Jeff. My daughter lived there for 17 years. Lots of great food and entertainment.

I have a pair of Ecco golf shoes. They are great. I’d always worn FootJoy. I won’t go back. I wear Ecco shoes as dress shoes. I also have converted to Hokas as walking shoes or for any other activity. Feel great.

Speaking of MJ and golf, years ago my son, who was 5 years old or so, had a friend come over, they turned on the NBA All-Star game, and the friend got all excited, he said he saw “Uncle Mike”. When his Mom came to get him, we asked what the heck the kid was talking about. She laughed and said her husband was MJ’s golf coach, and her son called MJ “Uncle Mike” since he came over to their house, gave the kid the latest Nike shoes, etc. She said once MJ was washing his car at their place, went behind the bushes to connect a hose, and a neighbor called them to tell them a suspicious man was hiding in their bushes and they should call the police. When she told them it was MJ, they were floored (not to mention ashamed and deeply embarrassed).