How did she do? Well she sits in 2nd place after the first semifinal.

Kennedy Hambrick will compete in the individual all-around tonight. She will be rotating with Oklahoma.

The individual events are being shown in their entirety on the ESPN app, while the general coverage is on ESPN2.

She (along with OU) will go to the floor next, followed by the vault. All of the individual events are available on replay.

BTW, those OU girls have really been cheering for Kennedy. And during one of the OU floor routines, I saw Jordyn and Kennedy dancing to the music. They all pull for each other. 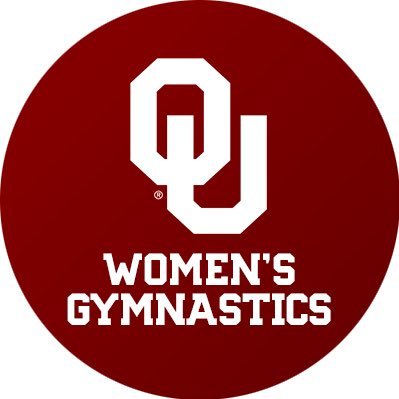 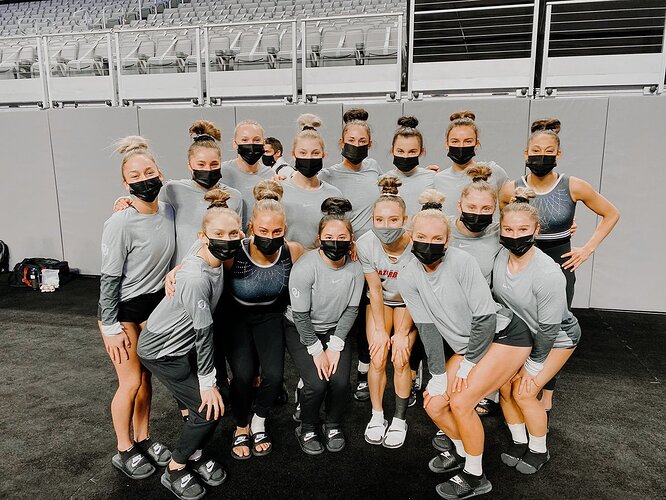 Hambrick finished fifth in the all-around in the second session at 39.6125, best I can tell. Paperclip girl won it with 39.7875. Two girls in the first session topped her score as well. I have no idea of the format, if she’ll compete again tomorrow, etc.

I think that the all-around competition was today, but I’m not entirely sure. She certainly did a very good job and looked impressive.

Jordyn needs to find out where Mobilehoma is finding these girls and go get some. They score 198+ routinely; our school record is what, 197.6?

Getting the night started on bars with a solid 9.900 for @ken_gymnast 🔥 https://t.co/XPecDiosYq 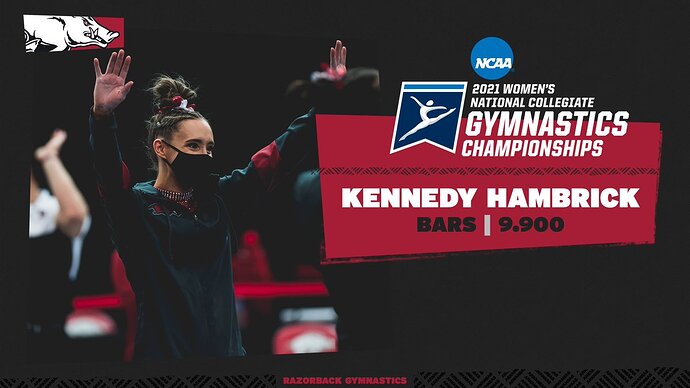 More fire from @ken_gymnast! She finishes on beam with a 9.9125! https://t.co/dwpxSADeso 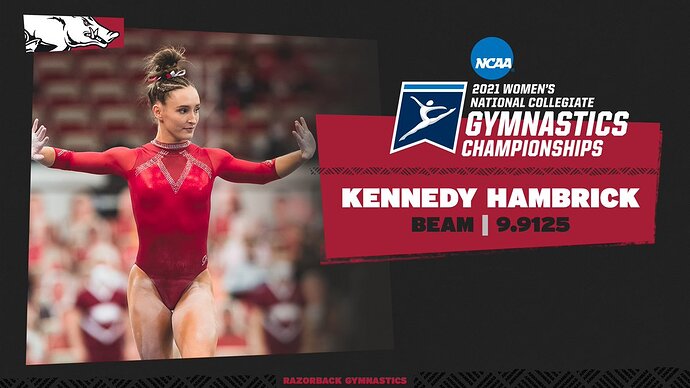 We just can't get enough! Another outstanding routine for @ken_gymnast! 🔥 https://t.co/tYTRMI24UB

Throwing a Gymback floor party in Forth Worth👑 @ken_gymnast lands a big-time 9.9125 on floor in the third rotation! https://t.co/wvzyxbqKfy 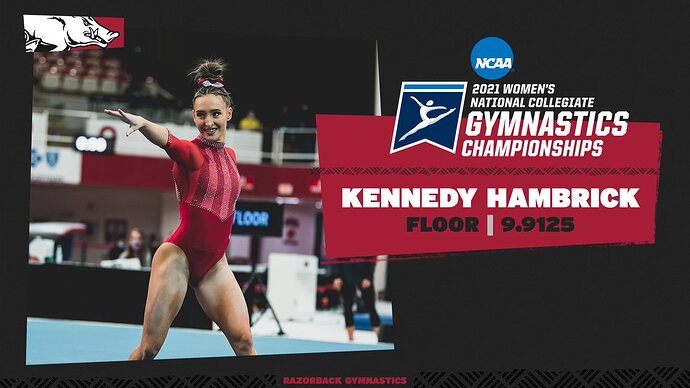 One last time on the runway. What a season for @ken_gymnast! https://t.co/ttOcVVi6L8

All the fist-bumps for @ken_gymnast after a 9.8875 on vault to close out her evening in Fort Worth! https://t.co/EFKQhCv7Ja 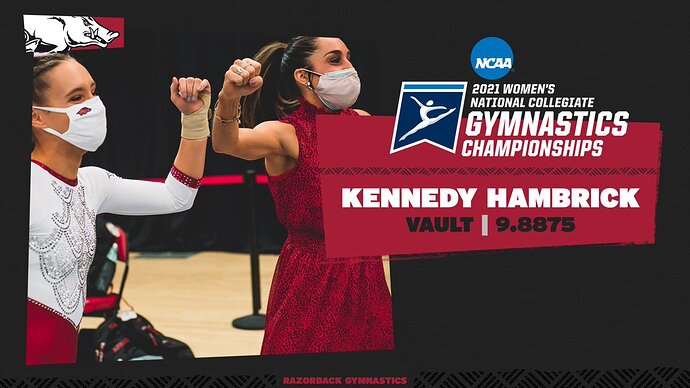 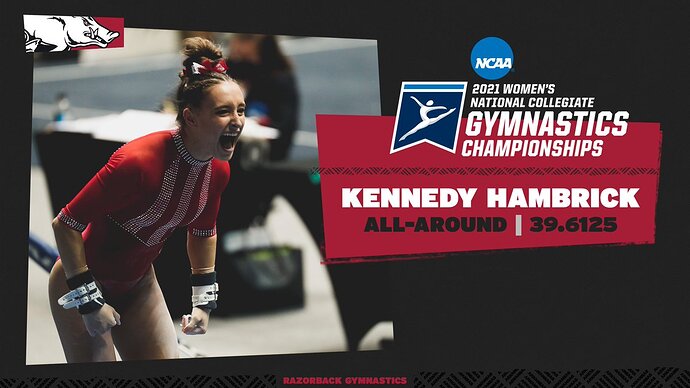 We are so proud of you, Kennedy! We had so much fun rotating with you tonight! Wishing you all the best next season! twitter.com/RazorbackGym/s…

It was a great showing for Kennedy! Thanks for representing Arkansas so well. Also, a thanks to OU for showing the caring and sportsmanship…

A great performance and a nice gesture from the OU team.
These girls know the grueling long hours of work necessary to perform at this level and their acknowledgement reflects well on their program.

I noticed on Twitter that a girl from UCLA rotated with LSU yesterday and not only did the SAO girls cheer her on, they learned her floor routine so they could do it with her on the sidelines. 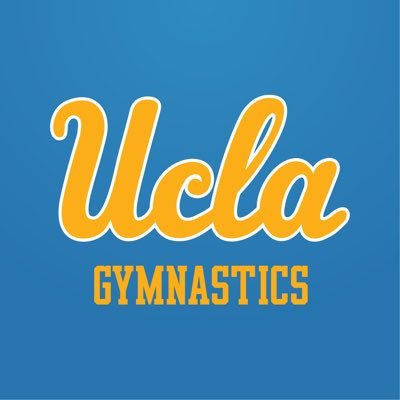 I believe it is respect and recognition for the grit and sacrifice they share for reaching really difficult levels of
performance.

Probably the one sport that practically requires a lifetime of hard work and discipline from a very early age to this point. Day in and day out.
Always a big genuine smile after each routine.
Talk about respect!