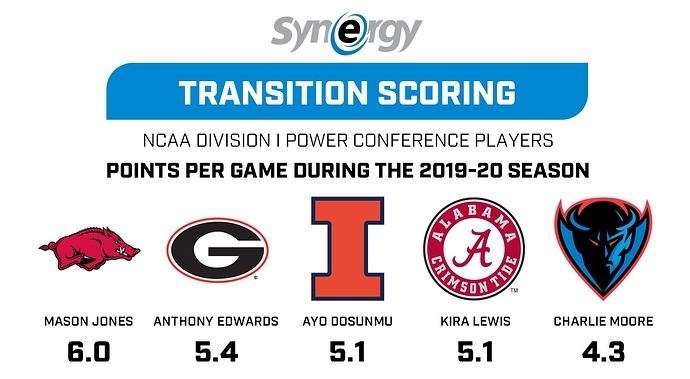 I’m really surprised he’s not on any pre-draft lists. I think he comes back.

I do too, Jerry. Too much uncertainty going forward this year with the draft. I think Mason and Isaiah will both be back and will do amazing things next year with the Fantastic Four and Conner. I just wish Jimmy and Adrio could have one more run.

One analytics site I have a subscription to, HoopLens, has a stat called Points Above Median, which calculates how many additional points a player scores when compared with what an average player would have scored with those shot same attempts. At the rim in transition, Mason had a PAM of 32.1 this season. That was obviously the top mark of any Arkansas player. It was No. 3 in the SEC, according to this site, behind Saben Lee of Vandy and Anthony Edwards at Georgia. Mason was a menace in the open floor this season. I already miss watching him do his thing.