The graduation success rate scores were released by the NCAA today. Because these scores are based on six-year graduation rates, they typically reflect the work of athletes who are long gone. This is one of two academic progress reports the NCAA releases each year.

The GSR is probably more misunderstood than the APR, which is more of an immediate look at academics. For instance, just before Jeff Long and Bret Bielema were fired a couple of years ago, I heard talk that their emphasis on academics had been a farce because the just-released GSR scores were well behind the SEC, when, in fact, it was too early to see results of Long-only years within the department and way too early to see Bielema’s influence on the football team. We are beginning to see those now. 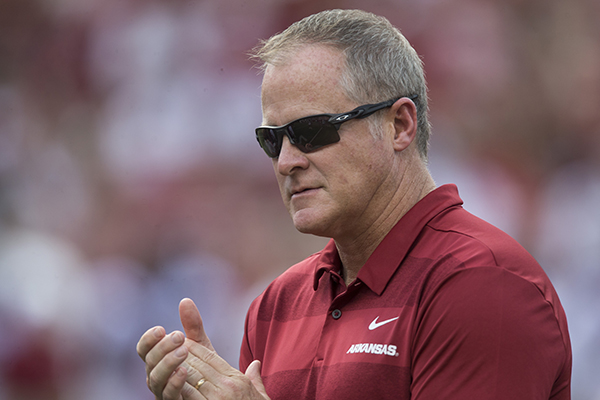 Eighty-four percent of the athletes who enrolled at the University of Arkansas between 2009-12 graduated within six years, according to an adjusted rate.

1987 Shelby Metcalf, basketball coach at Texas A&M, recounting what he told a player who received four F’s and one D: “Son, looks to me like you’re spending too much time on one subject.”