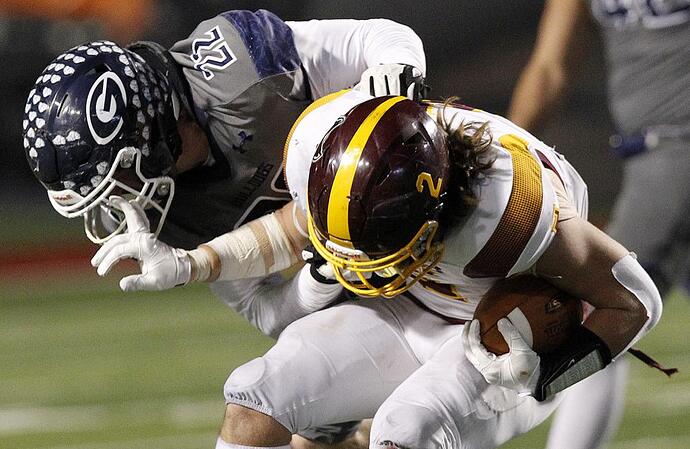 Had this one written up for a bit. Jordan is a very good get. I bet he sees the field sooner rather than later.

Preferred walk on, what is the downside? Seems linebacker types, even if they don’t make the rotation, our special teams might get an upgrade by adding a few of these guys.

I know of a few preferred walkons that worked out ok. We haven’t got many or any prototype 6’3” - 240lb - 4.5 speed LB’s anyway. We rely mostly on development in that area.

I liked his video since the first time I saw him as a standup DE his junior year. He’s more sudden than what Grant was in HS.

Linebackers don’t grow on trees. Well worth the PWO risk to develop. If they can see the field and the plays developing, and run some, then that’s a huge thing. Size can be developed.

Watching the videos of Hanna and Moss seems to show why I am not a talent evaluator on a professional level. Both of these guys look great, not four or five star, but each looks to me a lot like Grant Morgan.
They are both relentless. Their recognition is very quick. They may not have super speed, but they are quick to the ball and go sideline to sideline.
I like them both and I think they will both be on scholarship before they are through.
Then again, I am not a pro talent evaluator, but I love watching good linebackers.

When you can bring in one of Arkansas’ top high school players as a PWO, why wouldn’t you add him to Chris Paul and Marco Avant?

Not like the linebacker positions are where Arkansas’ last few coaches have recruited well lately in terms of depth.

Kid can play, shows a nose for the ball & relentless too! He should develope very well.