With everything going on, like many of us I am spending a bit more time at home than usual. When a wave of nastalgia hits I go online and watch great Razorback clips from days gone by almost all on Youtube I guess. Many I have watched hundreds of times: Jones to Birmingham in Miracle on Markham; multiple plays by Mcfadden/Felix/Hillis vs #1 LSU in 2007, “The Dunk” of Qualls vs Kentucky (maybe the best crowd reaction); of course Scotty’s tre vs Duke (maybe the most neaningful). But the one that really gets my juices flowing is Joe Adams 92yd TD run against Auburn in 2011. Fantastic call, fabulous run by Adams of course, his speed was just remarkable. Brad Nessler and Todd Blackledge were on the call (in my opinion the best pair in recent memory, sorry they got split up) and Blackledge’s only comment as the pay progressed was “Wow!” And in watching many times and its hard to catch this realtime unless you are a football savant, is that every player in Red on that play executed perfectly! I’ve been going to Hog games now 50+ years (my first was Jan 1 1965 Cotton Bowl, I was 8!) and rewatching those plays brings tears of joy to my eyes!

every player in Red on that play executed perfectly!

Very true! What’s almost as impressive as the return by Adams, is that there wasn’t a single block in the back, despite all of Joe’s turns in direction.

Very true! What’s almost as impressive as the return by Adams, is that there wasn’t a single block in the back, despite all of Joe’s turns in direction.

I believe you’re thinking about Joe’s miraculous PUNT return against Tennessee. Mike is discussing the 92 yard run from scrimmage that Joe had vs. Auburn. Popped through the left side and went down the western sideline like a rocket. 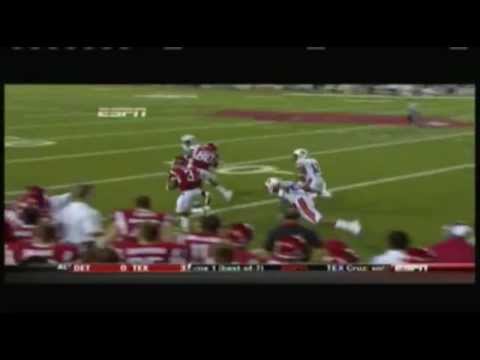 Ooops, you are right. That’s what I get for trying to speed read through content at my ummm advanced age. I saw “Joe Adams, TD, every player executed”. Ahhh, punt return! Evelyn Wood’s system should have come with a disclaimer, “great for 30 year olds, not so much for old geezers”.

wow! wow! man, it’s so easy to forget just how fast Joe was. and how well coached we were, as you guys have mentioned. man, thanks to all for sharing.

One of the amazing things about Joe’s returns is that there was (almost) never a penalty calling back the return.

My favorite joe Adams was punt return against Tennessee

One of the amazing things about Joe’s returns is that there was (almost) never a penalty calling back the return.

IIRC, Joe took one to the house in our 2010 game at Georgia, but it was called back. We were dominating that game early, and if the return had stood we probably would have gone on to a comfortable win. As it was, we withstood a late Georgia rally and won on a last minute TD pass from Mallett to Greg Childs. This was the “Childs please!” call from Dave Pasch. 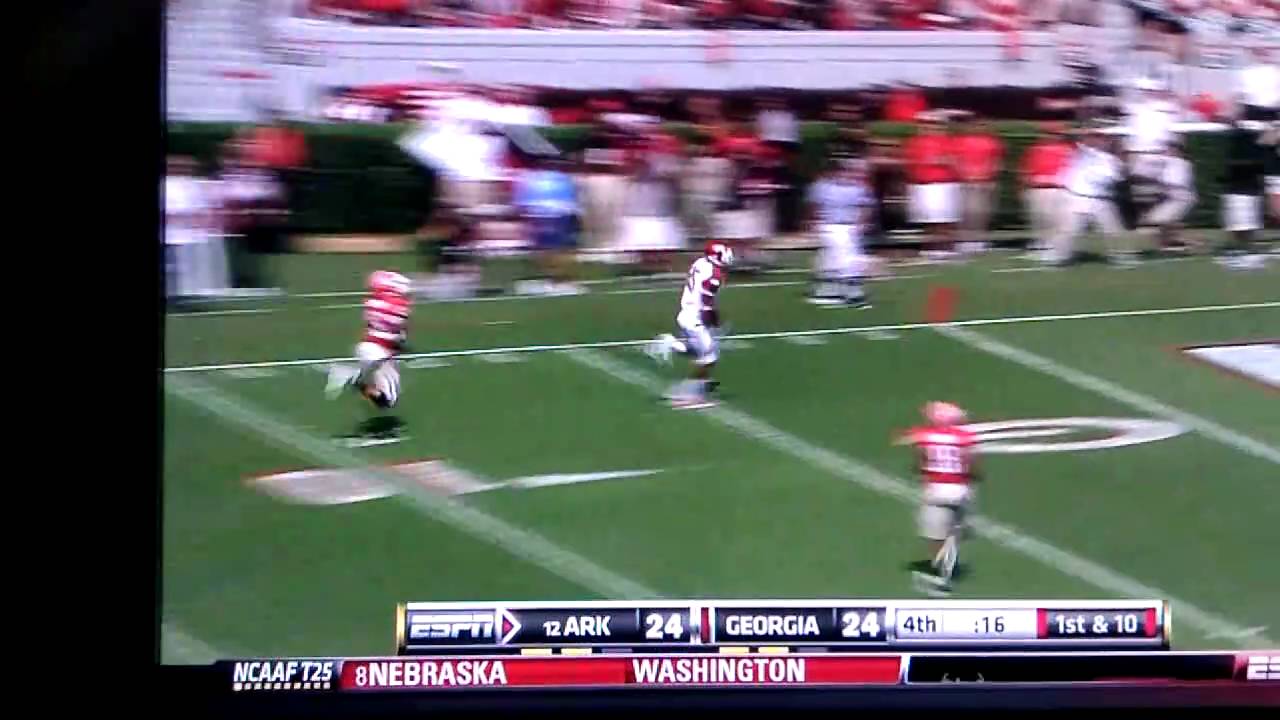