Football Insider Board
SwineFusion September 19, 2021, 3:09pm #1
There's the latest in the escapades of Marc Curles, incompetent in stripes, as discussed last night (the ref signaling to stop the clock, and two Tigers wearing #4 at the same time).

Then there were the hijinks of the SEC crew calling Auburn-Penn State, as detailed here: 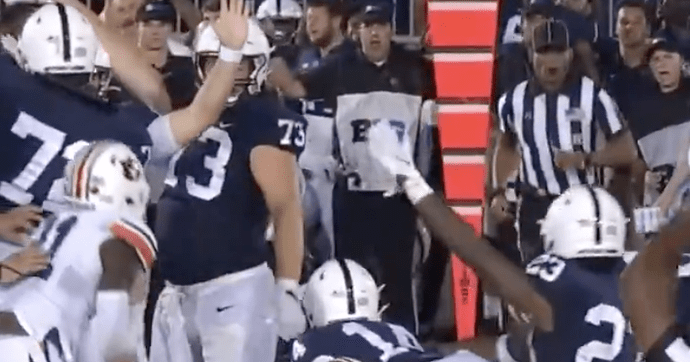 Why does the best conference have the worst zebras? Inquiring minds want to know. And when is Sankey going to fix it?

I watched the game. It was really bad.

For the Curles crew they are repeat offends of major incompetence in games! This is an embarrassment to the SEC and it shows complete incompetence of the the head of officiating at the SEC office to allow this to continue. Mr Greg Stinkey needs to take the lead and take some responsibility for this and take some action to fix it.

Franklin was asked about the officiating in his halftime interview. He just stared at the sideline reporter. It was horrible.

And Curles. Why is he still on the field?

All I can guess is Curles must have some J Edgar Hoover like information on someone or several someones in the SEC to be keeping his job. Year in and year out his incompetence keeps showing up in a big way and giving the SEC refs a bad name. Just can not fathom why he still has a job.

As much money as this conference brings in and as high profile as we are in the P5 pecking order and all our claims about “it justs means more”, well… how can we continually field performances like Curles. Simply amazing we cannot get this fixed.

“…what appeared to be an obvious intentional grounding penalty on Auburn quarterback Bo Nix.”

It doesn’t give you confidence unless your a legacy School

MSU is a legacy school and Curles screwed them too. His incompetence is impartial, and all-encompassing.

The Memphis-MS State had the long punt return that was a gaffe mainly on the MSU coverage team, but also the referee who tried to screw it up.

Other crews not so much

Maybe I should change that from legacy but fan base size

Marc Curles is a Ga Tech grad. Wonder if he’s officiated any Georgia-Ga Tech games? Or any Georgia games?

A week from Saturday he will be calling the Georgia game… just a guess.

I’m wondering why Pirate Leach didn’t challenge that punt return, by the way.

I wonder how someone like him fathered such a bright girl.