I didn’t realize that the Fields had moved to NWA. 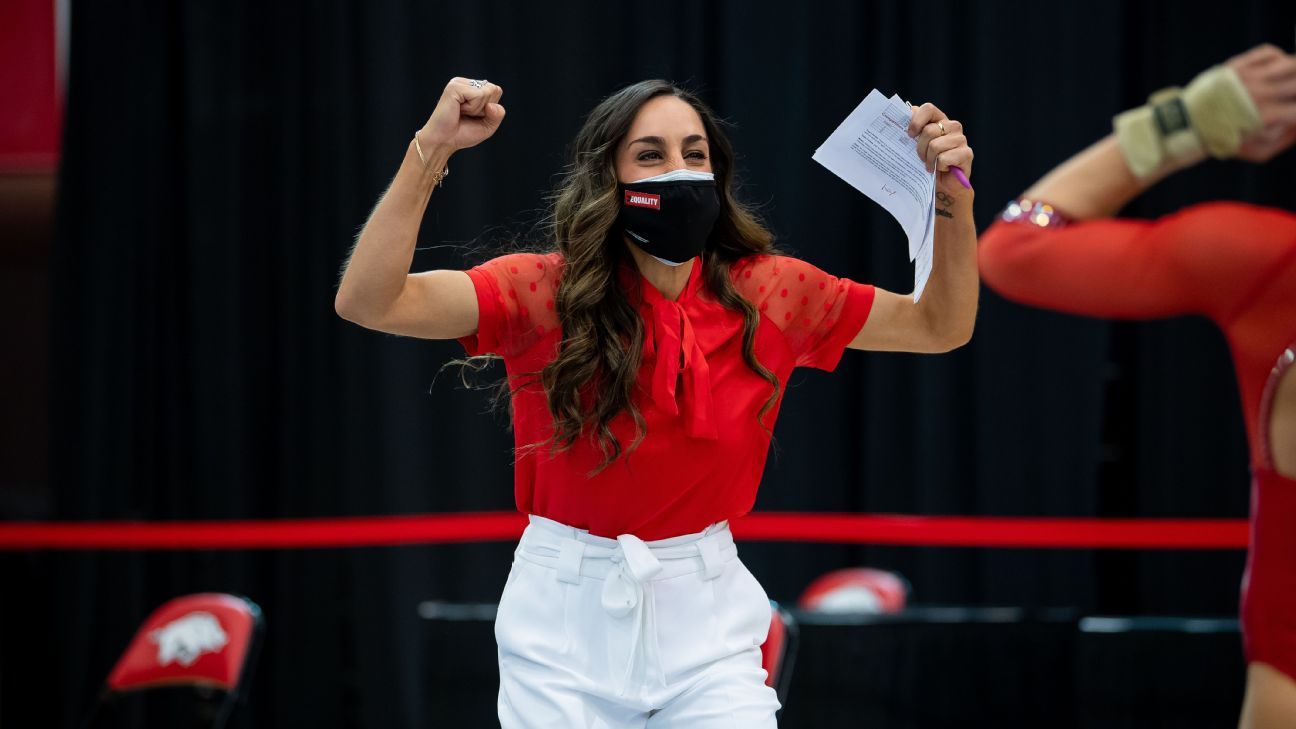 Jordyn Wieber survived abuse, and is now out to change gymnastics culture

Olympic gold medalist Jordyn Wieber grew up in the gym where young athletes were abused. Now, she is drawing upon her experiences to build a top NCAA team at Arkansas -- and find a better way to coach.

I didn’t realize who Fields husband was. What a wonderful story, what a wonderful young Coach she is becoming and will be.
Future legend in the making.

Well, I wrote a feature on Bobby Field a year ago that went over his marriage to the legendary coach, Miss Val. I had breakfast with them about 18 months ago as they were house hunting.

Tough part was selling their house in Westwood during the pandemic. They took it off the market several times because they could not show it.

One correction, Bobby was an assistant AD at UCLA at retirement, never AD. He was in charge of football.

And I used many of her key coaching points from her auto biography last year in one of my keys to victory columns.

It seems like Hunter is very big on hiring coaches that can articulate to him a plan and their vision. I bet Jordyn really knocked it out of the park with him in that regard. What a wonderful coach we have in her. I would imagine that the training and hard a** coaching elite gymnast athletes endure really gives her unique insight.

Wow, a head coach who informs the AD about putting the significant other on the payroll. How refreshing.

The article is a reminder that we are truly blessed with all the excellent coaches that staff our varied programs. 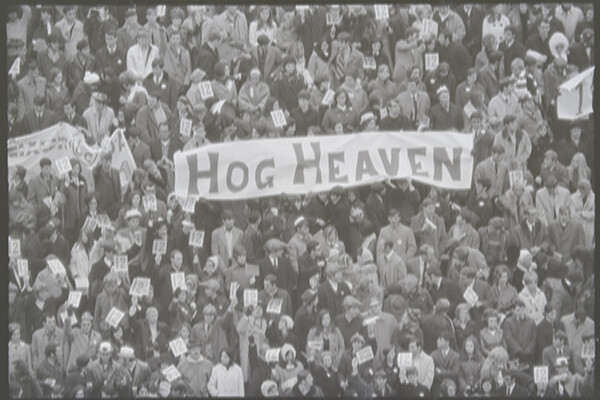 Bobby Field is listed in the 1969 media guide as “the monster man” of the great Arkansas defense that slugged it out with Texas in the Big Shootout.