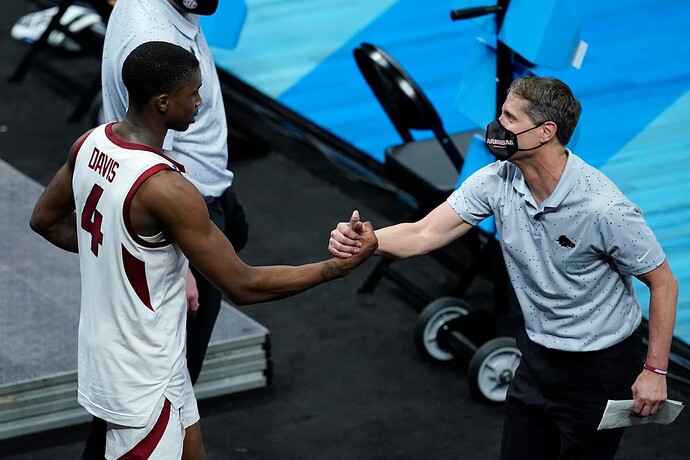 Perspective | NCAA’s transfer changes are good for athletes and challenging...

A ton of college basketball players are looking to change schools. So what?

That is quite a tribute and compliment to Musselman in the national press. Washington Post is one of the most widely read newspapers with national readership. He is definitely the Founding Father of college basketball free agency.

Good stuff about Muss, I also like some of this writers tactics-more than a hint of sarcasm with facts.

This is a fantastic article. And not just because is lauds Muss. This new landscape is another step towards removing the hyper control of the NCAA.

I have always been amazed at the notion that talented kids being able to transfer more freely would ruin your program. Its a ridiculous thought. People in my field of work also deal with talented kids, with egos, and helicopter parents, who have God-given talents that allow them to perform for lots of people who pay $ to cheer them on, In my world, these kids are also allowed to WORK outside of school, and transfer anytime they want.

You know what we do? Everything that article talked about. Recruit, and work to retain. make people happy…inspire people to stay and thrive…just like any boss in business has to do to retain employees.

I have always thought the “you made a commitment to us as a 17 or 18 year old and now you have to stick with us no matter what or you are harshly penalized” was a load of cr$p (and the $ sign was intentional…as desire to be able to consistently make big money off these kids is and has always been a factor). I am glad that system is being changed. Its long overdue.

Next step…let the kids make some money while in school. Just like someone in the orchestra. Or the choir. Or the dance troupe. Or the drama program. Its ridiculous.

As for Muss–he is showing his colleagues how to do this. Our advantage will diminish as others catch on. But what they won’t necessarily catch Muss on is his ability to take a roster and make it work NOW. The article mentions exactly this…and its THAT ability that makes him special.

Yep, our coach can beat you with his players or with your players. Muss is the secret sauce.