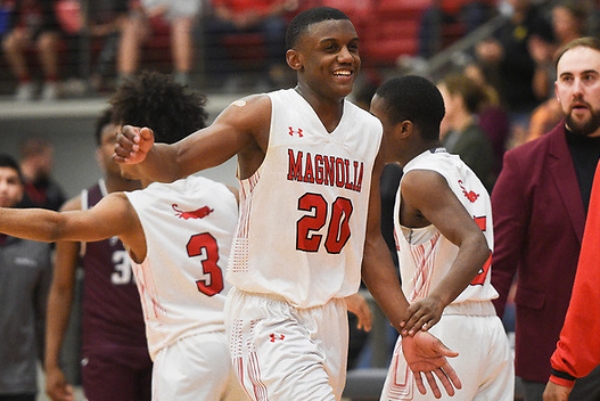 Great responses to all those questions. You can tell from his responses, he is a high character young man.

Seems like a well grounded young man, I hope his dreams come true (biased, but it would be great if this all went through Fayetteville).

I like the fact that he doesn’t play video games.Sounds like a very bright, mature young man with good values.

Picked up on that too.

Yep not playing video games could mean he spends more time in the gym.
And country music when he works out!

That is really unusual for a kid in this day and age. I don’t know any kid that does not play video games. Don’t know what to make of it.

I see a guy that probably looks at video games as being non-productive. The one to two or three hours of playing games can be used for basketball or other things.

Don’t know what to make of it.

I see a great Razorback basketball player and student, should he decide to choose the University of Arkansas to continue the pursuit of his goals.

That is good, Richard, I see him as a strong lean to Arkansas at this point with Baylor as a distant second. Do you agree?

I think his dad is retired military which explains a lot of the good about him.