Wonder if the coaching staff put a bug in his ear? 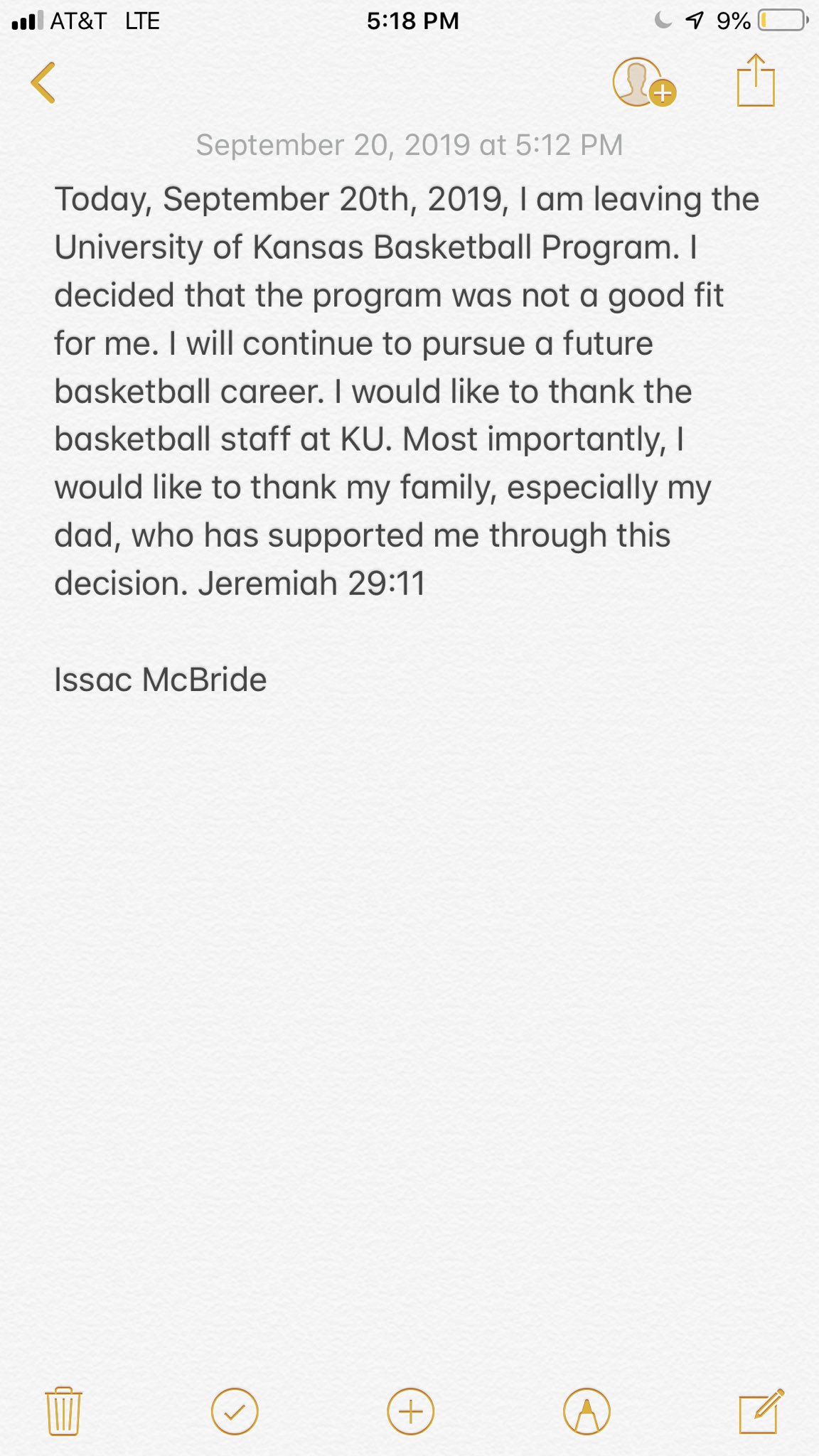 I believe he was enrolled, not committed.

NCAA allegations reported today by the KC Star, so that’s a very good possibility. Self is up to his neck in deep dung and easily could get suspended.

Wouldn’t it be nice if the Arkansas boys decide to be Hogs and maybe do something special. Perhaps, these guys talk about playing together at home. I believe Muss would find room for McBride, Moody, Moore and Williams.

I’m not sure about that (when it comes to McBride, no offense to McBride, there is a reason Self offered). It looks like we have a shot at Walker. We have one scholarship left. Who would get it? McBride or Walker? As of right now (no real college experience for either) I’d rank Walker ahead.

As for Moody, Moore, and Williams, I’m still not liking what I keep hearing about these three and where they’re leaning.

Don’t get me wrong, I’d love to get all four of them plus KK Robinson, just not sure the numbers would work out.

I think Walker takes the last spot, but knowing Muss his mind is racing to figure out a way to add a three-point shooter like McBride

Good, you and RD knows

Hmmmm. That sounds alarming to the players on the current roster.

Since McBride was enrolled at KS, does he have to sit out a year? Not sure what the rule is when it comes to not playing

Is decommitting even the right term? Isn’t he just leaving the program?

Yes, he was enrolled.

I guess that should say No, he was enrolled

You are correct. Everyone except the OP is using the term “leaving the program”.

Both Self and McBride say that McBride family and Self agreed that he was not a good fit in the KU program. What the heck does that mean. Is that a red flag about KU or McBride.

This de-enrollment is strange. Would love to know the details.

I think he may have gotten homesick, sent you a response via pm.

But would we be interested in him? I would say that most want the other pg. I think he’s iffy at best. Can’t wait forever on a cmmit from either one. If we do, we may lose both.

Self is up to his neck in deep dung and easily could get suspended.

That couldn’t happen to a better jerk, unless it were the Squid.