No idea who this guy is, just presenting FYI 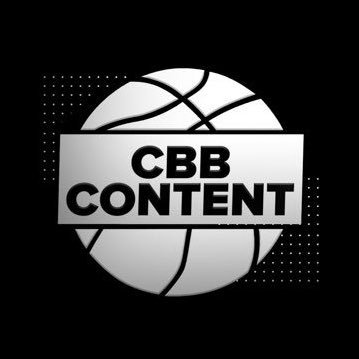 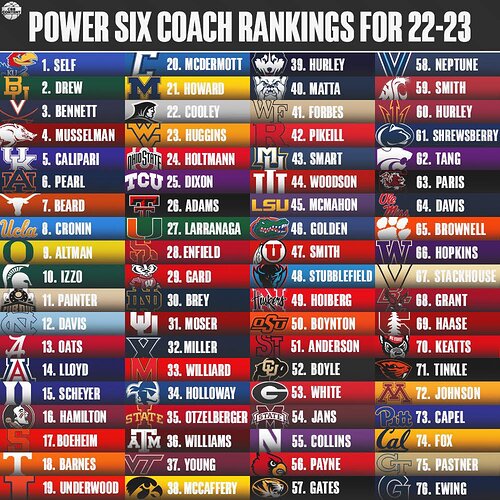 I wouldn’t trade Muss for any of em.

The luster has sure came off Mike White. He was considered such a rising star when he first went to Florida

Too bad it’s not taken into consideration how some of those coaches got their high ranking! Self, Calipari and Pearl have been investigated several times. It’s laughable what they got by with in the past!

Pearl actually got a three-year show cause for his shenanigans at Tennessee. Which was basically for lying to the NCAA.

Where would you put Kelvin Sampson if he were currently in a Power 6 conference? I’d have him as a top 5 coach. Probably between Muss and Cal.

I love Bennett as a floor coach and in game preparation. He and Muss are the best in the country. However, now Muss has proven to also be great in recruiting, so he needs to be a notch above Bennett.

I’m to the point where I consider the NCAA just a joke. It’s okay to steal, loot, murder, rape, pillage, but dangit, at the NCAA level we draw the line at “lying”. If you lie to us, we will throw the book at you. Granted that’s a little bit of an exaggeration there, but only by a small margin.

Honestly, the lustre has kinda come off Chris Beard as well. A few seasons ago, considered a rising superstar in the coaching ranks. Now, not so much.

If you were a VA fan watching him win the National Championship game a few years ago, I bet you wouldn’t have been bored. You probably would have even enjoyed watching VA win the ACC 5 of the last 10 years under Tony.

The man can coach.

Yes, but his style IS boring, Larry. I understand it though, because he can’t compete with Muss on the recruiting trail. Very few can.

Beard was the new shiny thing a few years ago, but I sure don’t enjoy playing his teams. Feel the same way about Sampson and the new/ old guy at TTech.

Yes, but his style IS boring, Larry.

I’ve played and watched way too much high school and college basketball to ever equate “boring” with basketball. I love everything about it. Including Eddie and Dean Smith’s “four corners” before the shot clock. I love to watch great team defense. I don’t find anything “boring” about college basketball.

We may not want to admit it, but many teams and fans think Muss’ “work the clock” with a 4-8 point lead and under 5 minutes to play as boring basketball. He uses it frequently against very good teams especially. I love it. It worked beautifully when we had Mason Jones. That team just didn’t have enough late game leads against good teams to be able to use it very much. I have a feeling it will work great this season with Nick Smith.

Don’t get me wrong, watching Nolan’s teams scoring triple digits in multiple wins was amazing to watch. A great basketball team needs to be able to score 90, if that’s what it will take to win a game. That’s also true if it takes a great shot (or great defense) at the end of a game to win 55-53. Muss has that magic that lets him win both those type of games. Look no further than the last couple of Elite Eight runs.

Oh I know he can coach. But when UVA hoops is on the tube, I change the channel.

I get the Chris Beard love. I felt it when we were looking for Anderson’s replacement. But he’s coached in a power 5 conference for 6 years now and only wins 55% of his conference games. Bill Self by contrast has won 81% of his Big 12 conference games. Not sure he deserves to be recognized as a top 7 coach.