Derland Moore who was great on awful Saints teams recently died and a few funny stories and lots of recollections have come out. Derland was great and the Saints were worse than awful (possible for us this year), but he set an example that ought to be emulated today. (Jimmy Johnson coaching him is the only weak link to AR).

“Track was my entry into college football,” Moore said. “I was involved in Junior Olympics in Poplar Bluff. A gentleman who was my mentor, Sam Giambelluca, was badgering my dad to have me do shot put. I hadn’t even practiced it that summer. I set the record and won the AAU meet there in Poplar Bluff. It just so happened that the regionals were at the University of Oklahoma.”

Oklahoma track coach J.D. Martin offered Moore a full scholarship on the spot. Although other top schools recruited Moore for his track and field talents, none carried the weight of Oklahoma. “My God, Oklahoma,” Moore said, “if you get an opportunity to go there…That was the golden nugget!”

Moore accepted the scholarship offer for track and tried out for the Sooners football team as a walk-on. Not only did he make the freshman football squad, Moore went on to start every game as a defensive tackle his first year.

Every player that ultimately achieves their dream of playing in the NFL encounters a series of instrumental people in their life, but there’s always that one person that made the biggest impact. Moore found that person while playing at Oklahoma in legendary Pro Football Hall of Fame coach Jimmy Johnson. “Jimmy Johnson was all about technique and taught me to be more than just a one-way player,” Moore said. “Jimmy demanded and wouldn’t accept anything but your absolute best. He brought out things that I didn’t even know I had in myself.”

Growing up on a farm in Poplar Bluff not only filled his days with work, but life lessons as well. “You learn work ethic,” Moore said. “You have to if you want to eat. There was always something to do. You never had to look around for something to stay busy.”

Aside from a great mental makeup, the hard work also helped Moore build raw strength. That strength paid dividends on the football field and in track.

Prior to signing with the Oklahoma Sooners, Moore kicked the tires at a few schools, including the University of Missouri.

“At the University of Missouri, I asked them if I could walk on,” Moore said. "They told me it would be a waste of my time and theirs too. So, we played the University of Missouri every year and I made sure that they paid a price. They got the 120 percent game. I got a game ball every year we played against Missouri. Dan Devine was the head coach at the University of Missouri. It was my sophomore year and I nailed one of the running backs. He went flying underneath their bench. It was on their side of the field and the game was played in Oklahoma. So, I got up and there’s Dan Devine right there and I said, 'Hey Coach Devine, Derland Moore. Remember? I wasn’t good enough to play for you.’ Then I was jogging on the field and I heard his voice, 'Would you allow me to reconsider? 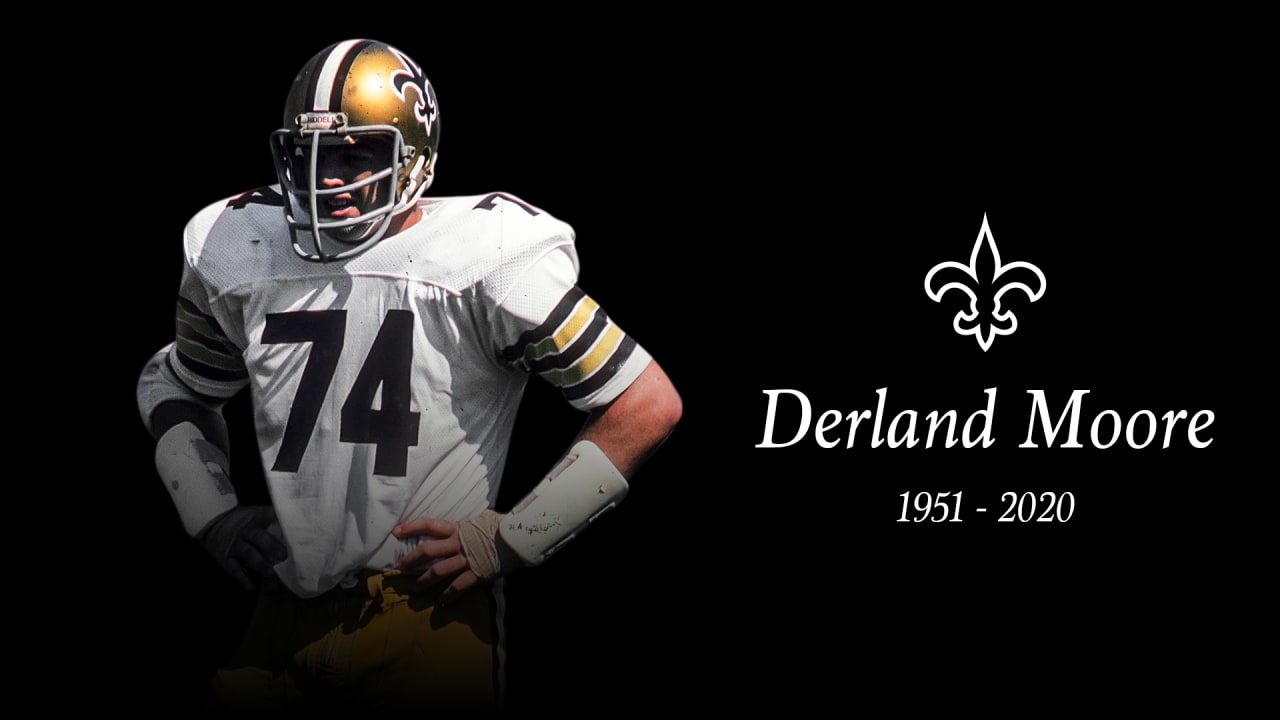 Defensive tackle was named one of the team's 50 greatest players