Fulkerson coming back to EOE for year 6

Important for two reasons: One, he’s a good player; two, as a super senior he doesn’t count against the Vols’ 13-scholie limit. 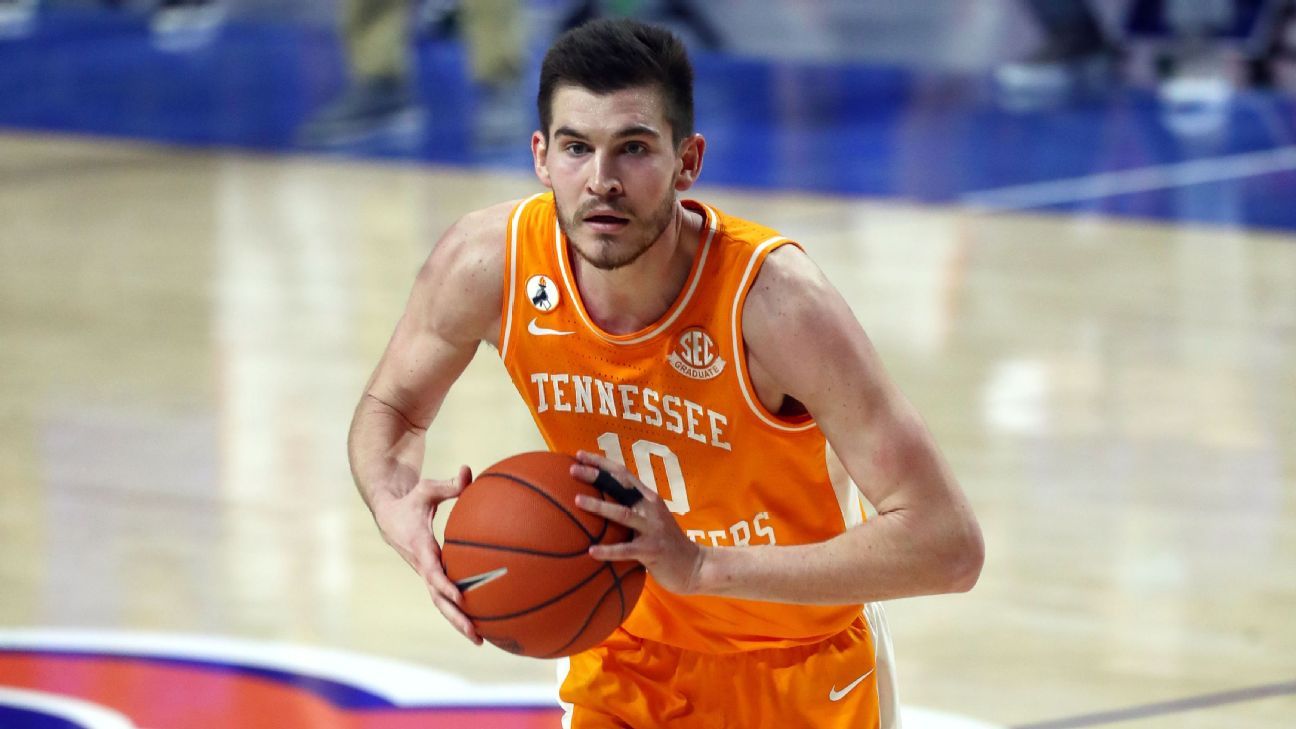 John Fulkerson announced Friday that he is returning to Tennessee for his sixth season, using the extra year of eligibility granted by the NCAA because of the coronavirus pandemic.

That plus #2 High school recruiting class plus Justin Powell transfer sets up for another potential underachieving year for Rick Barnes. They might rank Tennessee ahead of Alabama,

Think it will be Tennessee, Alabama, Kentucky, Arkansas in that order.

Justin Powell isn’t as good as Springer or Johnson. Maybe those 5-stars will really come through, maybe not.

Both the 5 stars are can’t miss. Remember Kennedy Chandler that Muss recruited hard. Hard to see a better PG than KC.

I didn’t recall that Muss was on KC that hard but I’ll admit I don’t keep up with recruiting like I once did.

Believe Chandler made unofficial or two visits to Fayetteville.

Rivals says he made an unofficial visit in August 2019.

Interesting. Vols just got a commit from a 5* big who’s reclassifying to 2021.

Think it will be Tennessee, Alabama, Kentucky, Arkansas in that order.

But I think it should be inverted. AR, TN, KY, Bama

How true. That TN team was probably as talented as Gonzaga’s. Usually, when a team that talented falters like they did the last half of their season, there’s either been a major injury or 2, or a lot of dissension on the team. It seemed to me that when Rick elevated the 2 freshmen to starters while the team was playing well, was about the time TN started on their decline.

Basketball is still a team game. The Hogs team was greater than the sum of it’s parts. The TN team clearly was not.

But I think it should be inverted. AR, TN, KY, Bama

What I posted is what I think the recruiting rankings will be.

When they do preseason picks on how teams will finish the season, they look at recruiting, returnees and coaching. The order you listed could very well be the preseason picks. Think Arkansas will be picked to finish second in the SEC.

Yea I was saying what the pre season rankings will be and then what I think they should be. Basically AR will be picked 4 but will end up 1st

Muss is the trump card in the top six SEC teams next season. I would not swap Muss for any other coach in the SEC. David Patrick is part of the reason. How long can we keep him? Best one-two punch in the conference.