Fuente Linked to the Job

Been speculated here and other message boards, but first time I’ve seen his name mentioned by the national media types. 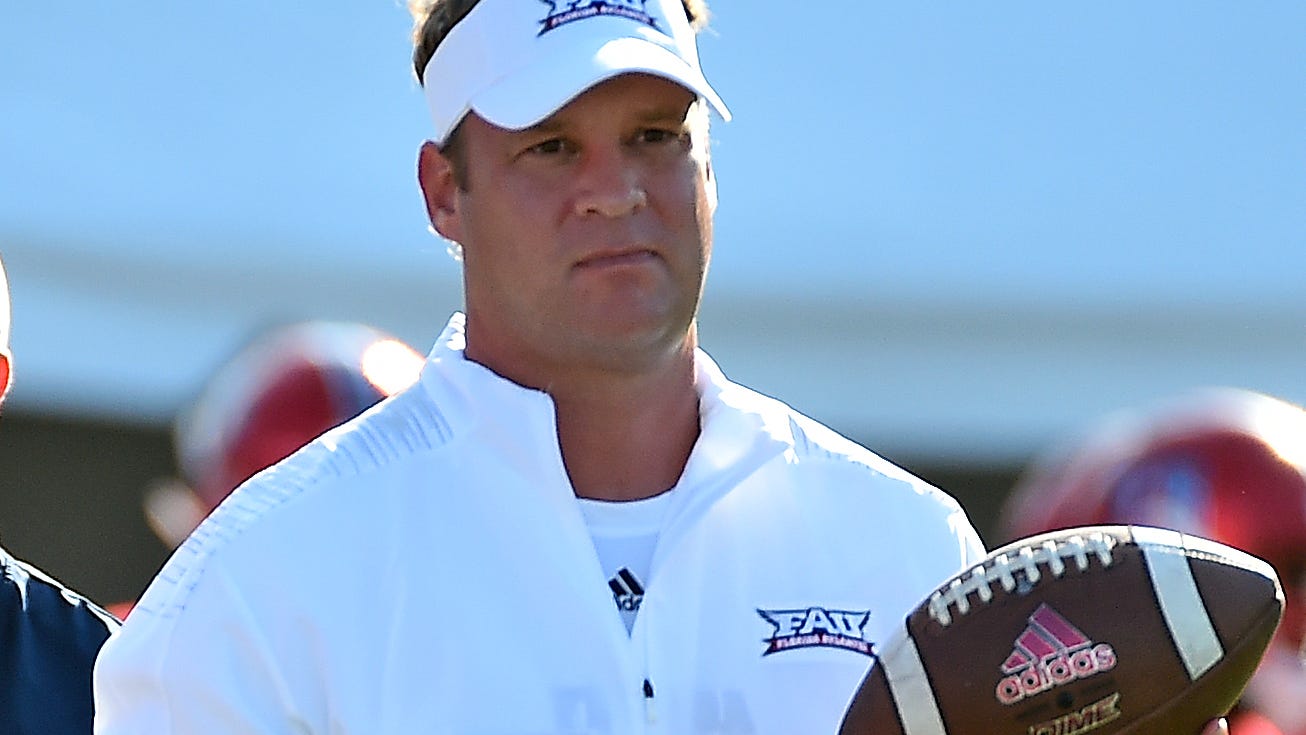 Florida State, Arkansas, Southern Cal and Missouri are among the schools that have head coach openings or could have them in the coming week.

One thing to consider. VTech plays UVa Friday afternoon for the Coastal Division title. Winner goes on to play Clemson in the ACCCG. If Tech wins that pushes Fuente’s availability back a week.

He’s a very good coach… he will have about as much chance as anybody. We could hire saban and not win many next year, maybe the year after too.This is a tough job right now hopefully we can get it right

I would be happy with either Fuente or Kiffin, but if we hire Freeze I will never watch another hog football game as long as he is the coach.

Would like to see him. He has some HUGE upsides. Knows the region, can coach QBS, and will bring James Shibest with him. He has handled following a legend well. Can come to Arkansas with less pressure to perform. Guarantee his first two years would be enough to keep him in Fayetteville.

Well who do you see?

It would be a good hire , you’d have to admit that.

Missouri? I guess I have been so focused on our issues that I haven’t paid attention to them. Is their coach on the way out?

Sad statement about me (and my interest in college football the past few years) I didn’t realize his record was so poor. Until this week, I didn’t even realize what Mizzou’s record was THIS year.

I think it would be an excellent hire. He is familiar with the area, he’s from Oklahoma and probably a good recruiter. He could bring James Shibest home and we wouldn’t have to worry about special team problems anymore. He has no cobwebs that we know of! He checks all the boxes!

AMEN! And he knows Memphis and the DFW area. Knows how to coach QBS.

Fuente was the coach who quickly turned around a lousy Memphis program (from 2-10 to 9-3) in 3 yrs. before handing it off to Norvell. He is 43 & with a 31-18 record at VT so considered a solid up & coming coach. With him being from Tulsa, he has ties near NW Arkansas. Fuente has proven to be capable of building a down program & hopefully a strong consideration for the Arkansas job.

He may be a good coach, but I hope we get a coach who can recruit, has some charisma and can excite the fan base. That hire has all the excitement of a roman candle dud. That is one box he doesn’t check.

If hired he might turn out to be a good choice, but he just doesn’t seem all that great on the front end

He has turned every program around where he has been. He is from Oklahoma and I believe would excite the fan base much more CM did when he was hired. I believe he wants to coach in the SEC and this is his chance.

Have you talked to his players or read anything they have said about him? That might help answer your questions.

Fuente could hire his own DC here also instead of having one forced on him like VA Tech.

Practically all the good coaches will be in some type of championship game. Fuente, Kiffin, Norvell all will be in games the following week. The only one who won’t be is Leach which might be something to consider. I have heard either UA or Leach is not interested and HY wants a coach who has coached against P5 schools. If that be the case we will need to move quickly since other openings are bound to occur.

Good point. Only question I have is was he passed over in 2017 and will he hold that against Arkansas?