The norvell offense is rather pedestrian tonight against the 15th picked team in the ACC.

Welcome to real football coach norvell. Our DC is more talented so I’m happy with our decision.

Man, Norvell was left with a dumpster fire. He has a real mess on his hands. He will be fine is FSU gives him time. 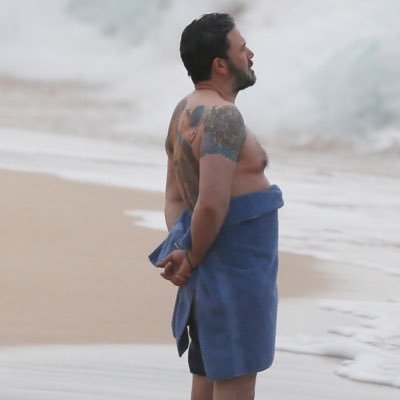 I say all of this re: FSU for a big reason: Mike Norvell needs YEARS not weeks to fix this (at least in terms of getting FSU to where FSU *should* be). We all under appreciated how bad it was when Willie took over. Things got worse the next 2 years. This is a BIG job.
MattJones September 15, 2020, 3:00pm #4

I’m intrigued by what is happening at Florida State because it seems the root of its problems stem from the final years under Jimbo Fisher. Somehow the bottom seemed to fall out on him after winning a national championship.

To me it was such an Aggie move to give Jimbo a 75 million dollar guaranteed contract. He left FSU in a mess.

One game doesn’t predict a pattern.

FSU is an uphill battle. They have declining fan attendance/support over the last few years, extreme financial woes left to them in part by Jimbo, reduced recruiting budget, & in a conference that pays low TV $ to its members. No doubt the Pandemic is not helping their financial situation. Norvell has his work cut out for him.

in a conference that pays low TV $ to its members.

In fiscal 2018 the ACC had $465 million in revenue; each ACC school got about $29 million. That’s before the ACC Network came on the air, and was still as good as the Pac-12 with their alleged network. But it was a little behind the Big 12-2 at about $33 million per school.

SEC schools got $43 million each the same year. As ACCN cranks up, the figures for ACC schools will improve, passing the LD, but probably won’t catch the SEC or the Big Ten. I saw one estimate that ACCN would be worth $10 million a year for each school, but that sounds a little optimistic.

Agreed, although (as a fan of both) I feel like I can safely say GT was worse than Arkansas last year.

The ACC is going to get left behind the other conferences in TV revenue over the next decade because of when and for how long it signed its rights with ESPN, for 20 years in 2016. The rest of the conferences are going to have new TV agreements within the next few years.

I saw one estimate that ACCN would be worth $10 million a year for each school, but that sounds a little optimistic.

ACC revenues per school are substantially less than SEC & Big10 & growing at a much slower rate than other conferences. ACC teams are hopeful TV will bridge some of the gap, but many believe that is wishful thinking. Part of the problem with ACC is money is allocated to 14 teams vs some of the other conferences such as Big 12 & Big 10. Curious as to TV revenue impact of ND playing ACC will have this season.

Another factor in FSU’s financial situation is the approx. $20 million liability in recent coaching buyouts - similar situation as Arkansas.

The rest of the conferences are going to have new TV agreements within the next few years.

Yep. I think the SEC is up after the 2023 football season. We’re ditching CBS, which was only paying $55 million per year (less than $4 million per team). ESPN/Disney is expected to pay somewhere in the $330-400 million range per year for the same package. That could be another $20 million plus per school per year.

And some people on this board want to join the Little Dozen.

The projections I’ve seen are that the SEC will distribute more than $80 million per school by the end of the decade. Last year it was $44 million.

If the only thing JFB had ever done in his career is get us into the SEC that would be worth our undying gratitude. Without that we’d be SMU. Or Rice.

Florida State and good ole Jimbo sold their souls by not dismissing the dispicable Shame us Winston. That decision may have helped them win their last NC, but I think it did structural damage to the program. Having lived in Tallahassee in the 80’s I was a pretty big Nole fan. They were my #3 behind the Hogs and my alma mater Southern Miss. No more. That did it for me.

I remember reading that “good ole Jimbo” has a toxic locker room at the end of his tenure. IIRC, he was allowing “stars” to get away with bad behavior and the rest of the team was not happy.

According to the Houston & aTm press, Jimbo is definitely in the hot seat this year. Aggie donors are prepared to pass the collection plate if he fails to perform to the level of his compensation.

Either way Jimbo comes out smelling like a “rich” rose.

Either way Jimbo comes out smelling like a “rich” rose.

… and the Aggie faithful smelling like fools. They failed to do their research & overlooked Jimbo issues at FSU. Fortunately for LSU, they dodged that bullet with Jimbo due to their finances.

Aggie faithful smelling like fools or poop doesn’t bother me in the least.