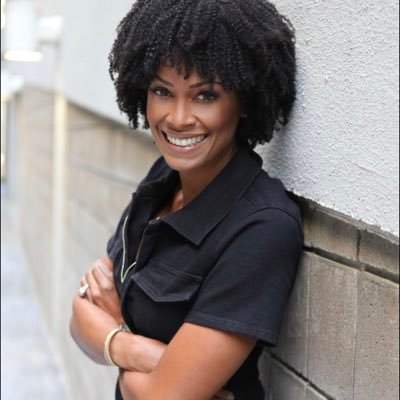 @DanyelleSargent
Waking up today thankful… all of the sacrifice, the work, the missed family time, the stress… is for moments like this ❤️ Thank you God, Arkansas fans, Bud Walton & @RazorbackMBB https://t.co/4dWS3ieRCL 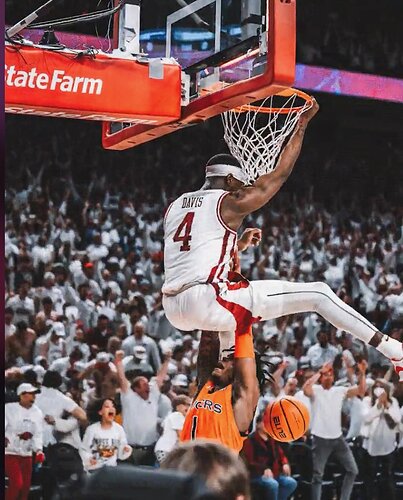 Isn’t that their daughter, Mariah, in the bottom left corner of that photo?

It very well might be. In the Muss Bus shirt.

Yes it is. There’s some stop action photos of this dunk sequence and you can see Danyelle celebrating in the background too.

Mariah so loves Devo Buckets in media that I suspect it has an influence on how Devo keeps PT when he is royally screwing the pooch on the floor.

Did or did not Devo get the dunk before the buzzer? KY missed covering because Oscar dunked after the buzzer at SC and it caused a stink since he had 4 seconds to accomplish a cover. I thought watching that Devo got it down even though it was pointless and not in the Toney dunk that could have ended the game had it not happened.

I thought when I watched it, he dunked after buzzer

I just looked at the clip I posted in “The Final Seconds” thread. Looked to me like Devo’s wrists hit the rim at the same time that the clock hit 0.0. Which means it wouldn’t have counted.

I think you meant the FOYER

I thought the dunk was split second late. But it was still wonderful.

It doesn’t matter if the shot was good, it has been posted all over the basketball world and worth untold awe driven props for the Hogs. The Kansas and Duke boards, the height of snob blue-bloods, raved over the dunk and game. Of course, they both have a large vested interest in seeing Auburn fall. Maybe this game is a turning point for Devo, if it raises his game to last year’s level, we could go a long way in the tourney.

Devo played very well Tuesday. Couple of treys, 10 points, 5 steals, 4 boards, only 2 TOs. Seemed like his defense was good apart from the swipes as well.

I agree. It certainly didn’t go unnoticed by Muss either, as he gave Devo over 30 minutes in the game. Those 5 steals were huge. If he can continue playing like that, the Hogs will be a really difficult out the rest of the season.

Why would the Awbern guy (Green?) intentionally run under Devo like that? Maybe he was hoping to get a vertical charging call…or he was trying to flip him and knock out another of Devo’s teeth. Bizarre behavior.

I thought it was good when I saw it in real time, but on the replay it looked liked he was about a half-second after the buzzer. Either way, the point was made & it makes for a very nice picture.

Looked like he ran after Devo after the dunk. Maybe he was running towards the locker room. Just glad he didn’t catch him. That would have been an ugly scene no one needed.

I thought visitors left at mid court. It’s changed through the years but my memory is not as good.