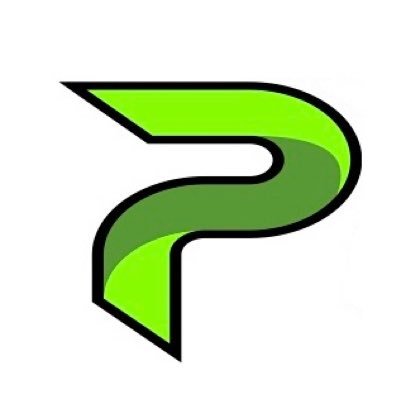 That’s above MLB pitcher average stats… and he’s not getting the attention that other Hog freshmen are.

I did not see him pitch much in the fall, but I have in my notes that he struggled with command on one of the days I saw him — two walks and a wild pitch in one inning. I think he had a walk and hit a batter in the leg during another outing we attended. I don’t remember him being mentioned by any of the coaches when I spoke to them about freshmen who stood out.

I think most of the pitchers who are coming to Arkansas have really impressive metrics of some kind, but it’s much different against live hitters than in a bullpen. I’ve seen a lot of pitchers light up the radar gun who haven’t been able to get meaningful time on the mound. I’m not saying that’s the case with him; just an observation of pitchers on past teams.

I’ll be interested to watch him when practice begins later this month. He was not one I expected much from this season, but he might have developed a lot in the past few months. That’s what happened with Heston Tole last year. He kept improving to the point the coaches felt they needed to see him in a game. He was going to redshirt otherwise.

Yeah I think I may have him confused with another freshman who throws hard but if you throw 99 mph down the middle of the plate and it has no movement , it’s going to get hit hard in this league just ask Wiggins. Better be able to locate it in and out and have a couple of off speed pitches that you can control to stand out in this league

Hagen Smith was the frosh pitcher who got good press in the fall.

The fourth top contender for a starting job is true freshman Hagan [sic] Smith, the other crown jewel of this year’s recruiting class along with Stovall. Hobbs and Van Horn couldn’t stop raving about Smith, and I saw why in Monday’s scrimmage, when he breezed through three scoreless innings. A loose, athletic low three-quarters lefthander with advanced feel for pitching, Smith carved up the zone at 91-93 mph with heavy sink, a sharp slider at 79-82 that he commands very well, and a very good 83-86 changeup with fade and sink that he’ll throw against lefties as well as righties. Though he’s only a freshman and he has yet to proven himself at the D-I level, Smith might have the best combination of stuff and pitchability on the entire staff, and he’s going to be a big star — sooner rather than later. And his high school track record in Texas is loud: he threw seven no-hitters in his career at Bullard High School.

“He’s his mature for his age, he’s physical for his age. He throws strikes, he’s quick to the plate,” Van Horn said. “He doesn’t say a whole lot. He’s not a big mouth. He just works. He’s strong. And he’s the youngest guy on my team. He’s what you’re looking for, that’s for sure.”

I believe I’m thinking of Nick Moten as someone who surprised and impressed them… I really believe Smith will be one of our starters as good as he sounds.

Thanks Matt. I had it that way to begin with, but saw it in the D1 story as Hagan.

I know correct spelling matters to you!

Only for Arkansas players and coaches. Creative spelling for opponents (teams, players, and coaches) is encouraged.

Can we talk about what really matters: Toenail Clippers For Seniors.

Throwing 99 down the middle is not as bad as 99 out of the zone. You don’t throw strikes, Van Horn won’t hardly give you a jersey.

Both of them will get you in trouble… the point is you got to have some movement on the ball so it looks like a strike, that makes them swing and miss a lot.if the ball is straight as a string they will eventually time it up.

Van Horn spoke about Faherty yesterday. He said the arm is electric, but it’s scary to bat against him because he can be wild.

“I wouldn’t want to hit off of him without body armor on right now, but that guy has an incredible arm,” Van Horn said. “It’s getting better. Up and out is what I call it. If I’m right handed I don’t want to hit off him because there’s a better chance he might hit me than me hitting him.”

My Arizona State friend talks about pitchers hitting the mascot. Faherty might qualify for that.