Ole Miss rush parties have been canceled. There was a fraternity party there last week in which all members of the fraternity (over 30) all tested positive in the following days. 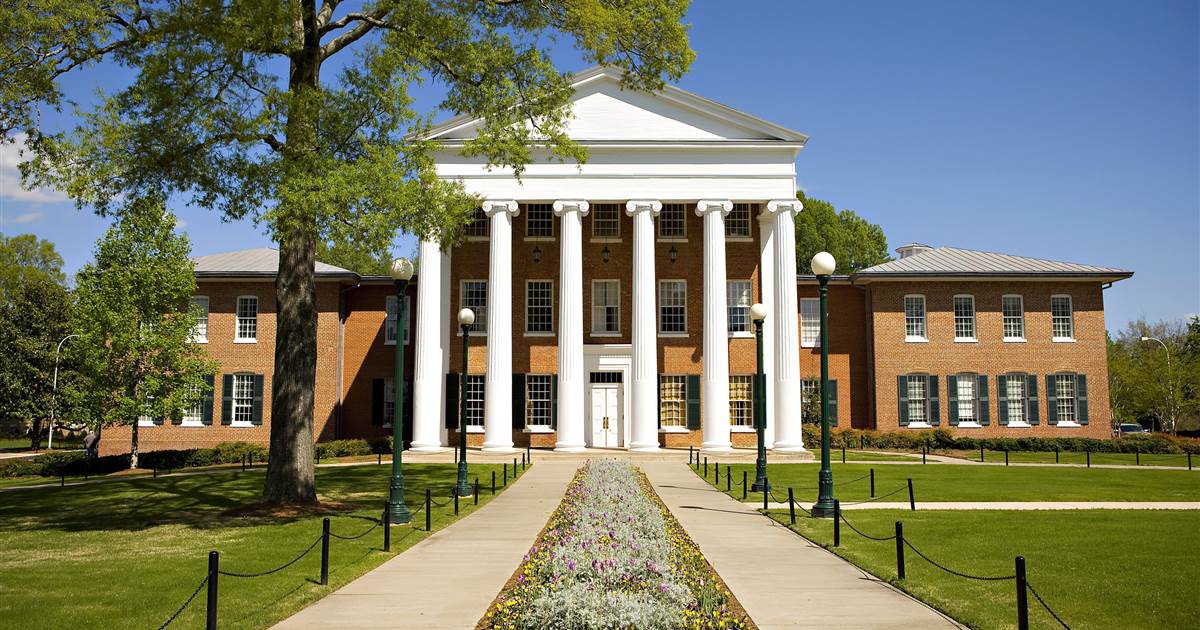 Mississippi has 381 new cases of coronavirus, quite a few of which link back to fraternity parties, the state health officer said.

We’ve got to hope that the theory that almost no college kids are going to become terribly sick is accurate because rush parties or not, there won’t be much social distancing once school starts.

You got that right neast, most of these kids have been at home cooped up following mom’s orders since early spring. They are aching to mingle now.

Let’s hope there are medications available by this Fall since there will an abundance of Covid cases on campus, with & without symptoms. Otherwise, on campus classes & sports programs will quickly shut down.

The UA banned any Fraternity rush parties this summer. It’s moved to virtual. It’s created a very strange dynamic. I will say the UA has been very good at game planning this for the fall, all plans are very fluid though depending on the situation in August.

Yeah, instead they just happen to be “party’s” at so and so’s house/lake house/river/golf course. My freshman to be goes to at least 2 a week, or gets invites to that many. I thought the official start was delayed until 7/1, not that it’s mattered.

Yeah, you are correct. They have gone to small gatherings versus the huge parties on Hamilton or in Dallas. I can preach safety (I’m a Chapter Advisor) but in the end they are 18 to 20 year olds and act like it. I don’t have a lot of hope for a full semester this fall.

it’s not just the frats. My son is about to be a sophomore, he’s Greek, but ALL his friends, greek and GDI, have completely ignored this pandemic from the start. They were let out of college due to a pandemic, and immediately ran, en masse, to florida. came back from there and have just never stopped socializing. lakes and back yards and farms are full of them, and I’m sure every other possible place to gather.

my 13 year olds have been stuck in the house with us. but when you have 18-20 year olds, with cars and jobs and summer school classes, it’s nigh impossible to imprison them.

Not to demise the horror of the COVID 19 Virus, but some (Correction-All) of my Fraternity rush parties in the mid ‘60’s resulted in massive hangovers, caused much sickness and were very painful. Our entertainment drink of choice was a punch named “Pink God Dam*ts”.

Our entertainment drink of choice was a punch named “Pink God Dam*ts”.

The one that got me in the summer when I turned 16 — and did not have a name — was pink lemonade and rum.

18 year olds gave it to the 16 year olds on an American Legion baseball trip to West Memphis. We got rained out Friday night and were scheduled to play two on Saturday afternoon.

I played second base except for second games of doubleheaders. Then I’d catch.

We got rained out next day and it was a good thing. I was supposed to catch Gerald Hannahs. He threw 95. Same number on the thermometer. He is the one who gave me a pitcher of that pink stuff. It rained all night Friday. And all day Saturday. Outfield was flooded so we went back to Little Rock. Saved me from a bad day.

I have never wanted to taste pink lemonade since. It was a bad night. Older players loved it. I was so dehydrated Saturday there is not much way I would have been able to catch a game.

We had one we made that was called “Hunch punch’’ lots of pga in it, fruit, and some other stuff, they made it in a trash can, lol. I was a beer drinker, it was for the girls!

I can get a whiff of rum today and gag. And I’ve not had a drop of rum in at least 45 years.

The follies of youth…

I was not much of a drinker, but I can remember going to a blanket party where they served Purple Passion. I must not have over-imbibed since I don’t remember getting sick.

To this day I cannot drink tequila unless it is very well disguised.

Hard for me to identify since I have always lived a life that is clean and pure as the wind-driven snow. If you live such a life, of course good things happen to you as a result, but it is not worth it!

I learned my lesson the first time.

Yea the PGA mixed with Hawaiian Tropical Punch kool aid had many names. In very large igloos or trash cans. In some cases their were other chemical stimulants added.

Ours was Hawaiian Punch laced with PGA (courtesy of the pre-Med guys from their lab). Lots of lemons & oranges courtesy of the guys who worked in a supermarket, block of ice, all mixed with a boat paddle in a metal garbage can. Our parties for 50 + people cost about $8.00. We also carried our mixture to out of town football games and were promptly banned from half the hotels/motels in LR, Waco and Dallas.

I met my Waterloo at George’s in the late 60’s, after discovering how delicious Harvey Wallbangers were. So sick, if you open a bottle of Galliano to this day I get queasy. I understand the wallbanger angle, it is apropos.