Franks confident, ready to take the field once again

Saturday will mark 378 days since Feleipe Franks last faced SEC competition. He says he’s confident and ready to go. So how is he preparing for Georgia?

“I think the kid dang near left the office later than the coaches (on Monday),” Rakeem Boyd said. 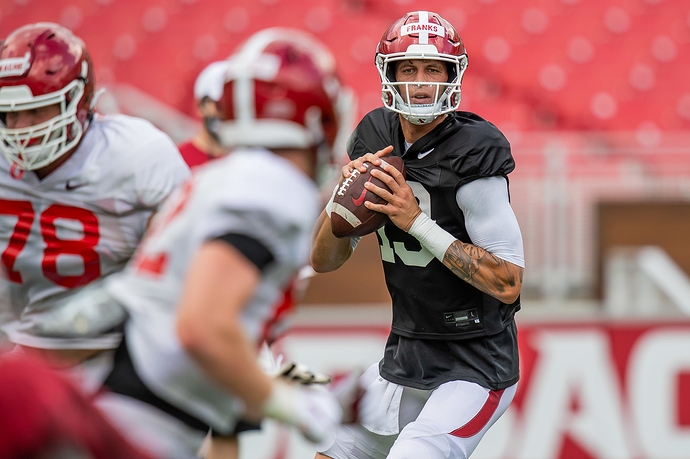 Franks confident, ready to take the field once again

Feleipe Franks wanted a fresh start following his injury in 2019. He got just that, and he is looking forward to officially getting his Arkansas career underway.

And Franks has some good WR’s to. Hopefully the TE’s come around for all phases needed.
Side note CSP should be able to help the Oline by knowing what GA likes to do on defense.

We’ve been told Franks has been working closely - 1-on-1 meetings, etc. - with his receivers to ensure they’re on the same page. Sam Pittman said yesterday that connection on the field is growing. Eager to watch how Franks handles himself in the face of pressure on Saturday.

And the RB isn’t even the best player on offense.