There was no sign of Opitz (who was promoted to AAA at the end of the season). There were 2 other catchers listed.

Franklin is a plus defender in center, maybe a 70 out there, with plus power, but punched out 78 times in the SEC last spring because he struggled with breaking ball recognition and some mechanical issues that had him swinging uphill. He has electric bat speed, and at least has some ball/strike recognition; add in his athleticism and the Cubs at least have a lot to work with here as they try to get him to stay level and get his weight over his front side sooner. I think he’s a boom-or-bust guy — either he becomes an above-average regular in center, hitting 20-25 homers with great defense, or he stalls out in Double or Triple A. 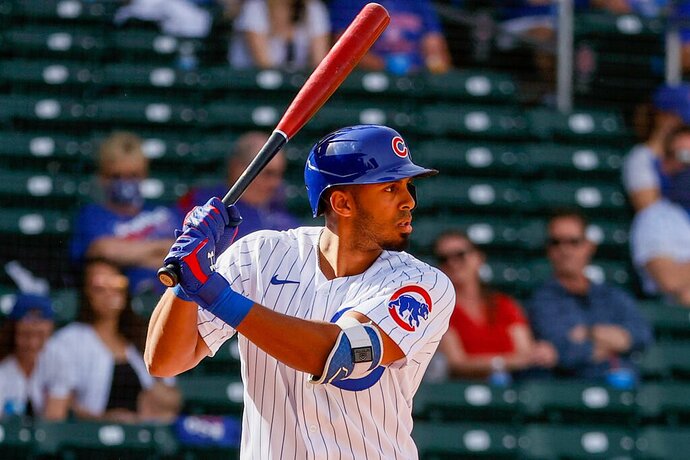 Keith Law ranks the Cubs' top 20 prospects, projecting who will have the biggest impact in 2022, who is on the rise and who is falling.