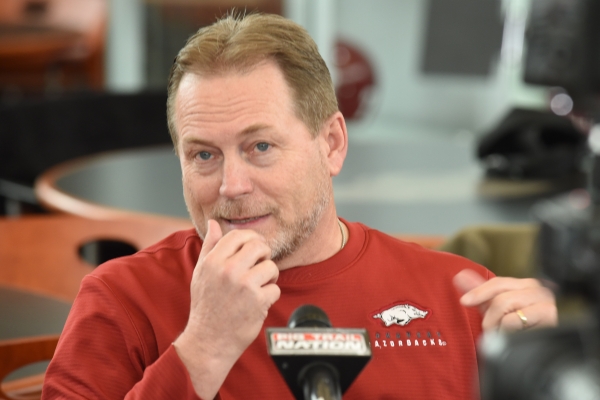 Sam Pittman brought along special teams coordinator Scott Fountain from Georgia in an effort to put an emphasis on that aspect of the game.

Really like having a dedicated special teams coach. Also like the thought of starters playing ST as something other than returners.

Glad we have coaches on the Hill that understand the importance of special teams, great addition.

Maybe in the near future we might see a Punt returned for a TD! It will also be nice to have an edge by not giving up returns for big yardage. Field position can tilt in your favor with good kicks and coverage.

So very happy to see this. It’s been several years since special teams play was actually a strength for us. I can remember watching games 2 or 3 years ago where I prayed we would just kick the ball out of bounds rather than punt/kick off to a member of the other team! While things were better last year, we still have a long way to go…

It is about time! We have so pitiful in that phase of the game. there is so much yardage at stake (or points) when special teams are on the field. Frank would like this. One of the things I remember about his teams was how great they were at special teams. He won his first (most other) SWC titles with special teams.

Good special teams play gives you a chance to hang in against teams with more talent. The occasional great special teams play can be the difference in a tight game. It’s also an area where if you have good athletes and good coaching you can see a marked improvement quickly. Quality special teams play might just be the secret sauce to this year’s team being a little better than expected.

For the Insiders…why did Coach Fountain leave Georgia for Arkansas? Was it a big bump in pay? An upgraded title? A new challenge?

Told me that he loved Coach Pittmam and just wanted to help him.