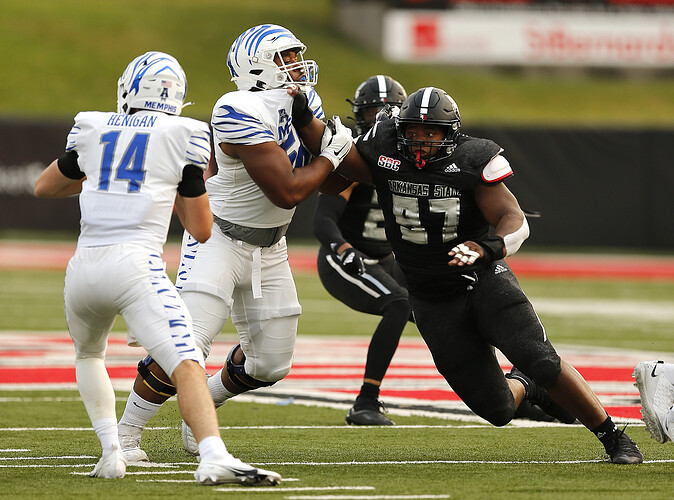 Looking back at some of past DMs with Terry on Twitter, he shared with me his combine numbers in the spring of 2017 which would be his junior year at El Dorado.

Do you know if he leans our direction?

Off hand I would think Arkansas or Houston.

Houston because Brian Early recruited him to ASU.

What is his size now and would he be viewed as a great or good addition? If you think you can venture your view.

Thanks, I guess it depends on strength, explosiveness, durability and drive. We certainly need some additional depth in the middle.

I asked Terry Hampton about an official visit to Arkansas;

“I’m working something out right now but nothing official at the moment.”

My nephew,my late sister’s grandson.He visited UA out of high school I believe ASU was his only offer.

It was the last time I talked to him in HS but things might of changed after our talk.

Thank you for the information sir. 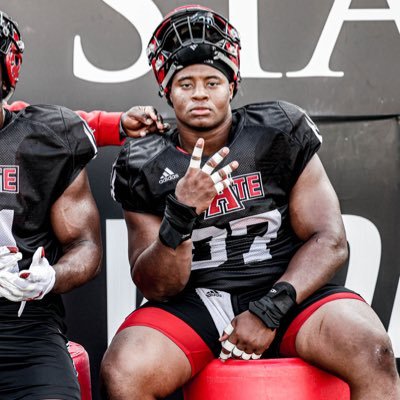 @TerryKHampton
I would like to thank all coaches and schools that have reached out and given me the opportunity to come play & be part of their culture; with that being said, I'm officially closing my recruitment. I will be announcing my commitment after some further discussion with my family.

Could be surprised but I think it’s Arkansas or Houston. Might give the Cougars the edge because of his relationship with DL coach Brian Early like noted above. He recruited Hampton to ASU.

He said Hampton had an appendectomy after his first game of his junior season and was only able to come back for a game or two near te end of the season. Scott said he was a monster in the first game.

He also missed his senior year because of a knee injury that happened right before the season.

Because of the injuries only ASU offered.

Scott LOVES Terry as a young man. He said he’s the type you root for.