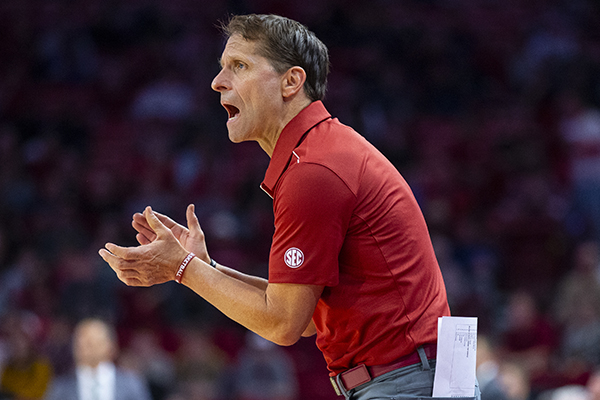 I remember the shot over Olajuwon like it was yesterday.

Another play of his I remember was when we were doing the old 4 corner stall that Eddie used. I’m pretty sure it was against Louisville, but I might be wrong there. Anyway, everyone was kind off pulled to sleep and then Scott ripped towards the basket and players just sort of watched him go in for the dunk. It was unexpected and funny.

I remember that play. It was the 1979 season, played Louisville in Sweet Sixteen matchup in Cincinnati. Sydney’s senior season, Hastings was a freshman. Steve Schall was the center that year, allowing Hastings to play forward. He never got that luxury for the remainder of his Hog career, had to play as a slightly undersized center, mostly high post. Arkansas raced out to a huge lead against Louisville in that game, but the Cardinals went into a full court press and climbed all the way back and got the lead. Arkansas regained the lead and went into four corners in the last few minutes, and actually pulled away again and won by about 8-10 points. The next game was in infamous (for Hog fans) game against Indiana St. Larry Bird vs Sydney Moncreif. They didn’t match up against each other much, but that’s what it was billed as. Great game, until US Reed gets knocked down, and the refs call him for walking.