Should not be a surprise. 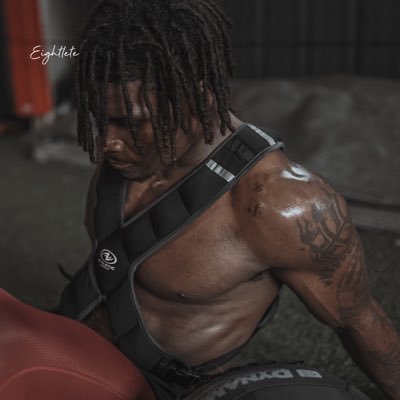 @Joe_Foucha
I got that beast in my eyes look like Tyson! #NewEra #geauxtigers COMING HOME! 🐯 https://t.co/Lv4A9CLb6e 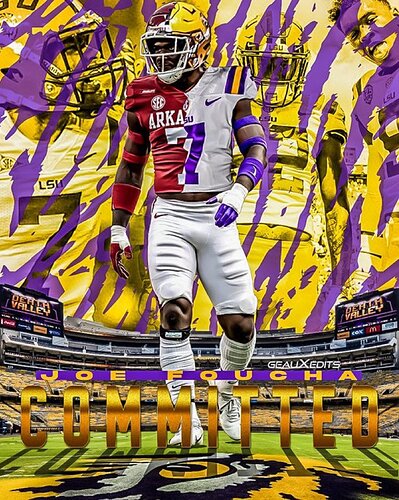 Is it technically a rules violation to tamper or contact a player before he officially enters the portal? I know nobody is policing it but, highly unethical.

Of course he was NIL tampered with! What’s sucks is the big schools have always bought players and everyone knew it and the NCAA turned a blind eye. Now it’s legal. The honest schools lose out again! What a screwed up system!!!

One other thing. That pic with dual schools should have a huge dollar sign on the LSU side! Joe$$$$

Even though he’s leaving I think it’s pretty cool on his part he showed half the uniform of the razorbacks. Classy I think.

I think he just came home to play where he probably wanted to play when he was growing up. We were all happy to see Utsey come home from Missouri last year. LSU also needs some experienced safeties to bridge the gap until they can stabilize their roster a bit. He very likely will be given a chance for a bigger role there than he would have had if he came back here for another year.

Did he get a good NIL deal? Maybe. But I doubt that was the main reason he picked LSU.

Catalon coming back to.

Bigger role? He was a captain and starter at Arkansas. How can LSU give him a bigger role?

Possibly a bigger roll of dough…

Remembering who was the first guy to get to the boot and slide?? He really wanted that game.

And good for him if so. If he’s where he wants to be and making more money we should be happy for him. Need to figure out how to get folks from LSU here. Oh wait we already have. 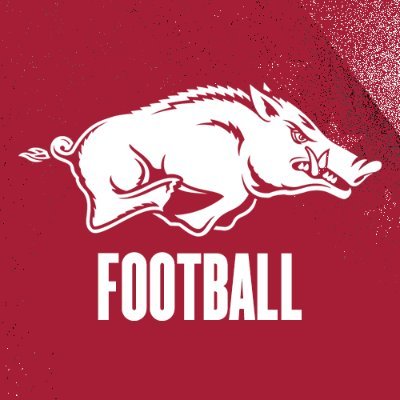 Overall I’m not a fan of the transfer portal, but it wasn’t my decision to make…that being said, I wish the rule required the player to move to another conference. I know we wouldn’t have gotten the Missouri players, but it’s a change I’d favor.

This one hasn’t set well with me at all, I hope he sees a bunch of pine down there.

He was voted a captain, was looked to as a leader, would’ve been a captain/leader/starter again next season. That bears a bigger responsibility than a guy buried on the depth chart just looking for a chance.

He walked out and quit on his teammates and that’s all I’ll ever think about when I hear his name.

Just remember LSU comes to the hills next fall!

Rivalry Games are made this way!

At this point, my enthusiasm for college football is in a spiral. I have always been a fan of Arkansas Razorback football since I was a kid living in Arkansas. I’ve sort of hung onto the nostalgia of the Arkansas teams who fought for State pride and who played for a cause a bit bigger than the individual - the mostly blue-collar and looked-down-upon State of Arkansas. It put a chip on the shoulders of fans and players alike. Pittman knows this history and is a part of it and that internalized history that impassioned him is what got him the job. It separated him from all of his recent predecessors. I wish Foucha and others of his leanings the best, but they are a reflection of the drastic difference between what attracted so many to Arkansas Razorback college football in the past vs. today. The difference is loyalty to a greater purpose. When fans see it waning in deference to the individual, it has a damping effect on the enthusiasm meter. I’ll still root for the Razorbacks as I follow them on TV since I live out of the State now, but I probably won’t be jumping up and down and hitting the table with the same vigor if this trend continues.

Seems to me a trend is developing where very good players like to spend their final year at another school to experience something new. This is their last chance to do so and they want to take advantage of that learning opportunity. Most of the graduate transfer we have received, if not all, in both major sports fall into that category. Foucha fits that pattern as well. This is the modern world of college sports. Learn to live with it.

This is not to say there is some cheating. But I doubt LSU would risk getting in trouble for someone like Foucha. He is good but he is not a 5 star AA that you put your school and yourself at risk with.

$$$$ talks. LSU is just doing what the other colleges are doing. Was he ever recruited by LSU out of high school?

Foucha is a very good player. He may not have been a 5 star recruit, but he has more than proven he belongs in the toughest football conference in America. The development of his body and his game has been impressive. He’s a different player than he was we he arrived in Fayetteville. He will most likely start for LSU from day 1, and play well for them.

Let’s face it, if any of us were not good enough to play for your dream school out of high school, but developed into a player a few years later that your dream school wanted, most of us would jump at the chance.

I mean, even his former teammates can see this is “a business decision”.

His 247 profile includes 8 SEC offers, including LSU. It’s an impressive offer list that includes Oregon, Oklahoma and Alabama among about 20.