Yes this has some politics to the story, but he is a former Razorback so I post it, Please lets not discuss his politics… neither FOR or AGAINST. Just let those that might be interested in the story get to read it, those that are not don’t have to read it.

Lets just leave it as a link and not discuss it because it will boil down to fighting and name calling and get removed. 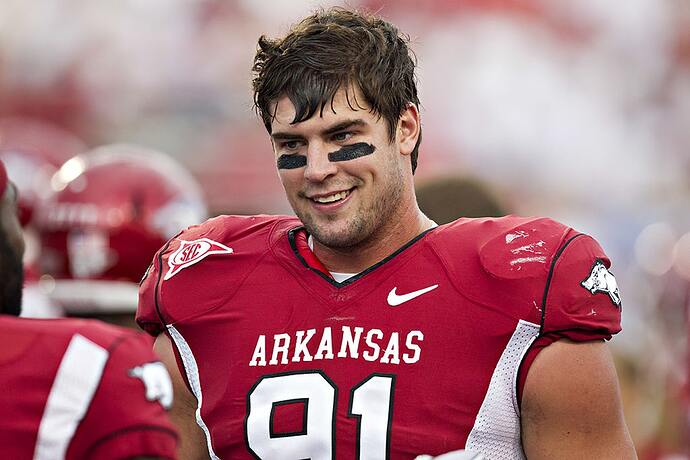 If you don’t remember him… here is a brief highlight video. I sure wish we had 3 or 4 more of him on the Razorbacks now. It would certainly elevate our defense. 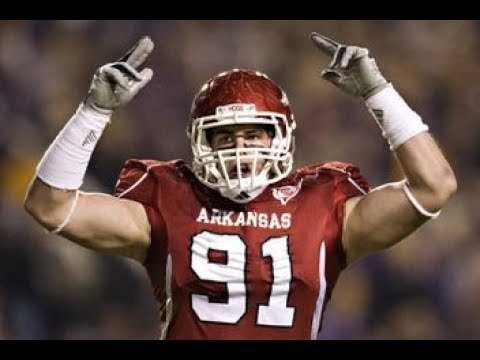 Good for him. Thanks for sharing.

Good for him. The guy still wants to serve as he sees it. got to respect that.

Votan, not calling you out at all. I just think it’s funny that a board that has a strict no politics policy has a story posted about this. It’s either out of bounds or not. I wish Jake well.

It was a long time ago, but Jake’s opponent (the incumbent) also played football for the Hogs in the early 70s.

Yep. You beat me to it on posting that. As long as we’re talking about former hogs in the US Senate, J.W. Fulbright was a Razorback football player in the 1920’s. Also a little known fact: Dale Bumpers was a drum major in the Razorback band. David Pryor was president of the UA student body.

Yes. Both Clintons taught there.

And that left the realm of sports.

This is a reminder that we do not want political posts on our message board. If you want to discuss political topics or social issues, find somewhere else.

I have asked our moderators to be more heavy handed deleting posts that are either overtly political or have political undertones. Stay away from those topics, please.

These rules were created to make it clear what is, and what is not, welcome on these forums. Like any set of rules, everything cannot be covered in a simple rules sheet. If a moderator says something is not allowed, even if it is not explicitly prohibited by the rules, please heed the moderator’s word. With this in mind, you are asked not to violate the spirit of the rules by pushing the edge of what is specifically prohibited. Ignoring a moderator’s request will be seen as a full violation…

Well, before I even look to see what ticket he’s running on or who he’s running against, I will vote for him. A Razorback and NFL player, who later joined the military makes him a very good man and he’s always been a great ambassador for Arkansas.

The post above mine left the the realm of sports.

I’m fine with @votan posting this as long as the discussion doesn’t veer off into political debate. What we don’t want is the political back and forth that overwhelmed our moderators last year.

If this thread erodes into that, we’ll delete it, but I see nothing wrong with acknowledging that a couple of former Razorback football players are going to run against each other for a U.S. Senate seat.

Believe Jake has been in political arena for a long time. He has been very into it. Have been following his tweeter for a few years now, I was wondering when he was going to run. He needs to find a way to separate himself from the other football player he is running against as far views on issues. Hard to see a difference right now and it is hard to beat an Incumbent. It will be interesting how he goes about it,

Yeah, I wonder if he aimed too high in his first run for office. It will be interesting, does he take votes from the incumbent, or the other challengers?