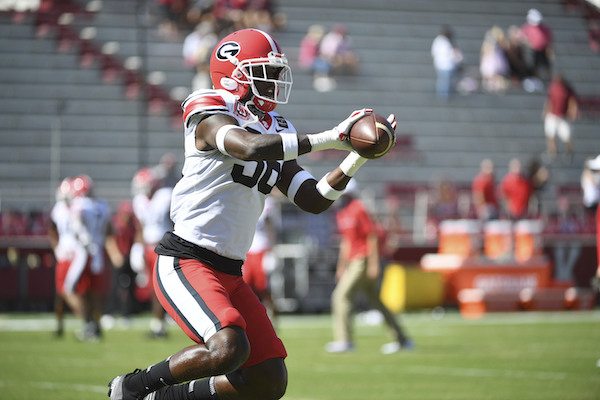 In portal, I believe

Wow, Sam and his Pitt crew are working really hard.

Let’s get him!! he’s big enough for us to move to LB… if he doesn’t end up at safety

Lots of smoke on other sites that we did get him. This one moved fast

I sure hope we get him.

It sounds like he will have one year to play? With his size he could be a thumper at safety! It’s starting to look like there will be very little if any drop off in the defensive backfield, and linebacker appears to be in good hands. All we need now is someone to keep the guards off the linebackers!! This staff just keeps on amazing! WPS!

That wouldn’t surprise me really he already knows 2 coaches Sam and fountain.

Need some D Line and we are solid on D!

Any truth to the rumor another player came with him?

Is he already there and visiting now RD or is he a weekend visitor with the others? Thanks for the great work!

Whoa!!! Are the reports true he brought another player with him?

Dudley or RD - he started 11 games on the Natty team, why leave? Don’t get me wrong, be thrilled to have him 110%! I get players do this but the ones we have seen or picked up had several years left and were somewhat of a roster casualty (Sanders as example). Wonder if it is because he is losing his DC? Either way, happy he is here visiting that’s for sure.

He is by himself.

Good deal….thanks as always Dudley for the quick response sir!

If you only got one year to play and he chooses Texas over us after we beat them by 20 and could have beat them by 40 then something’s not fresh in the gumbo. Especially when he already knows two of the coaches here.