For those who remember Dick Allen

Once called Richie, he preferred Dick. He demanded to be traded from the Phillies and was traded to the Cardinals for Curt Flood. Of course, Flood refused the trade and that began Flood’s attempt to overturn the reserve clause. 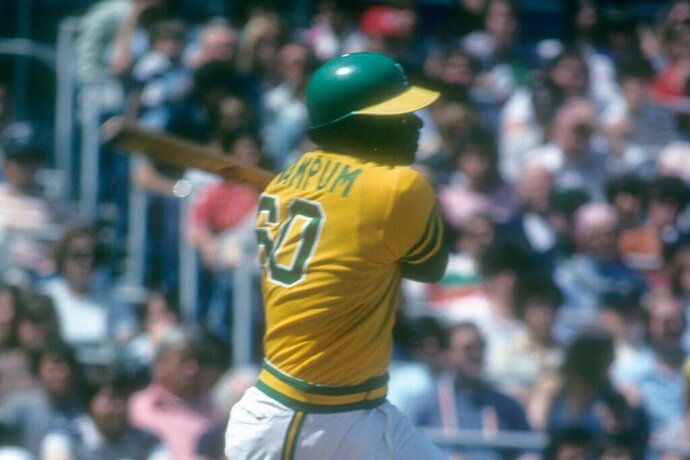 Former MVP Dick Allen finished his career with the A's in 1977 by honoring Wampum, a tiny borough on the border of western Pennsylvania.

Allen was also the first black player for the Travelers in Little Rock. They had to desegregate to be admitted into the Triple-A International League in 1963, and he was the token. After three years in Triple-A (one in the IL, two in the Pacific Coast League) they dropped down to the Texas League and are still there. 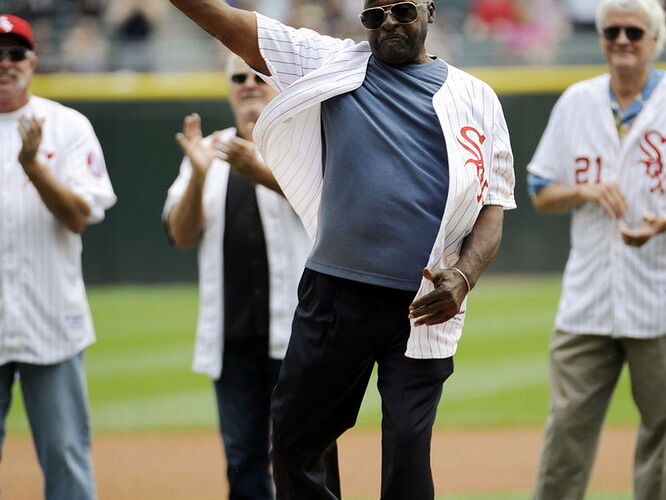 How Dick Allen shows us little has changed in fifty years

On January 8, 1963, the International League announced expansion, including a new team in Little Rock, Arkansas. There were concerns about placing a Triple-A club in Little Rock, where just six years prior Governor Orval Faubus had called in the...

I remember Dick Allen. He had a couple of great years with my White Sox in the early 70s. He was AL MVP one of those years. A pretty controversial guy, who probably should be in the Hall of Fame based on his numbers.

I have vague memories of him playing for Travs. The thing that stands out was that there was a rise in left field to the scoreboard. We called it “the dump.”

Many outfielders played that area awkwardly. Allen hated it.

His body language when a ball bounced there was obvious - as if to say I’m not going there. If the ball bounces back, great. He was not alone in his disdain for the dump. Visiting fielders struggled there, too.

There is nothing like trying to track a fly ball at the wall - fearful of a crash - and your last three steps are severely up hill. Tough.

I remember Dick Allen, one strong dude, swung about a 40 ounce bat.

Yeah I was gonna comment on the bat weight. Was a kid living in PB, Arkansas when Allen played for the Travelers.

Actually, while he brought the issue forward, he didn’t succeed. His trade happened in 1969 and he never played again.

Of course, Flood refused the trade and that began Flood’s attempt to overturn the reserve clause.

Reserve Clause was no more in 1975. Initiated by Curt Flood’s lawsuit.
No attempt, it was accomplished.

There were suits before Flood sued MLB and its commissioner. While it brought attention to the issue, his challenge to the reserve clause failed. We will just have to agree to disagree on who caused the reserve clause to be eliminated. In many ways it was Marvin Miller and the players union.

From the article linked below:

Flood’s legal case is considered a turning point in the union’s move to eliminate the reserve clause.

In 1970, management agreed to an independent arbitrator to settle future disputes with the union as Flood’s suit moved through the courts. Despite Flood’s legal defeat in a case that reached the US Supreme Court, Miller forged ahead.

The reserve clause was finally thrown out by the arbitrator on December 23, 1975. 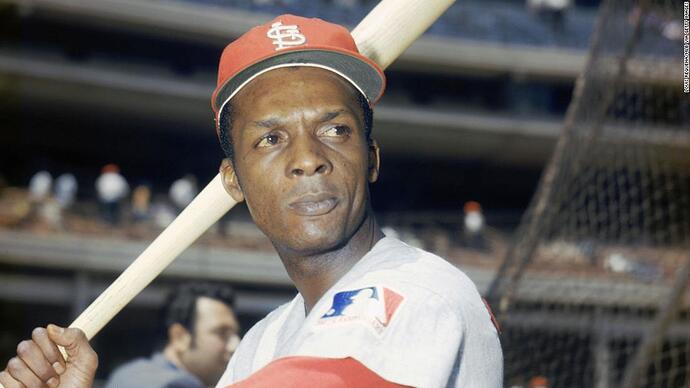 A half century after Curt Flood's defiance paved the way for free agency in professional sports, his surviving children are lobbying for their once-estranged father's induction into the National Baseball Hall of Fame in Cooperstown.

RIchie Allen was an offensive force and a defensive liability when he played for the Travelers. The man was a physical hoss who could crush a baseball. He wore a batting helmet in the field when he played left field trying to battle that dump near the wall. I was a 11-12 year old little leaguer who would beg my parents to take me to Little Rock on Sunday to watch the Travelers. Life was so simple then.

When Richie Allen played, I was the ball boy for Reno. Anyone who went to games knew Reno, or affectionately “Reno the Ball Man.” Reno always had a kid sitting near him just to the left of the visitor’s dugout. Reno took the balls to the umpire, not the kid. The kid had a glove and retrieved foul balls off the net that sloped up to the roof. Foul balls would roll up the net, and then gently back and flip into the air as it reached the fence in front of seats.

I spent two summers (at age 8 and 9) as Reno’s ball boy. I never dropped one. The crowd would go whooooop as the ball rolled up, and whooop as it rolled back and cheer if I caught it. My dad was sitting straight above me in the press box. I made eye contact every time I caught one.

I was taught baseball fundamentals by my older brother Butch. He made sure I caught those balls off the screen with two hands. I got brave one time and speared one with one hand. I looked at my dad and he raised two hands and put them together. I got the message. I didn’t try one hand grabs again.

It was my first job. I got $1 per game and one baseball. Now and then, something would come my way from the visitor’s dugout, maybe a cracked bat or a cracked batting helmet. I watched closely when a player came back to the dugout after striking out and hurled the batting helmet against the back wall. Was it cracked?

My dad would look at the cracked bats to decide if they were dangerous or good to play with in the backyard. He kept a roll of tape to wrap where there might be a slight crack so we could still use it. Some were in such bad shape that he just tossed them in the trash can. The bats were of no real use to me. I wasn’t big enough to do anything but carry them.

Ray Winder Field was where I spent half of every summer. I did about every odd job you can imagine. I was the ball boy, then graduated to concessions. I sold popcorn. I also was the roof man two summers. All foul balls that landed on the roof stayed on the roof. There was a fence towards the back that would stop them. I had a folding chair right above the press box. It was a great place to watch, but you were there by yourself for three hours. You dropped balls onto the screen to roll back to the ball boy between innings. My dad would bring a coke to the roof during the seventh inning. There was a trap door just above the walkway to the press box from the back of the grandstands. He’d just slip it up there and leave it for me. I’d wait for him in those seats on the top row of the grandstands after the game as he filed his story. The other option was to walk home – about 10 blocks to 18th and Fair Park.

There were suits before Flood sued MLB and its commissioner. While it brought attention to the issue, his challenge to the reserve clause failed. We will just have to agree to disagree on who caused the reserve clause to be eliminated. In many ways it was Marvin Miller and the players union.

I guess it’s a matter of perspective…I agree we DISAGREE. There is NO reserve clause. The most attention given to it being gone always links to Curt Flood.

That was quite an education and an experience, Clay, working at Ray Winder.

I remember when there were doubleheaders, those players would not change uniforms. They wore the dirty uniforms from game 1.

First time I ever saw Tim McCarver, he was a 19 year old catcher for the Memphis Chicks. He had a flattop and was a player.