As a huge tennis fan, I find this amusing. 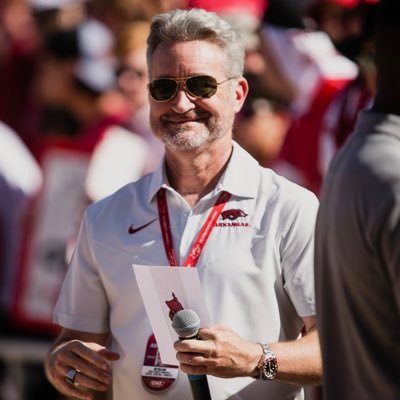 Never thought about that but he’s not wrong.

The reason, of course, that a Hawk-Eye system won’t work in football is that the lines on the tennis court never move. The first down lines move every four plays, or less.

Soccer in some leagues uses a system where a chip embedded in the ball triggers a buzzer when it crosses the goal line for a goal. But again, the goal doesn’t move.

Good point about moving lines. However, I think you can get rid of the chains, but will need a linesman to hold a flag where the next first down marker is supposed to be, so players know what the target is. Maybe instead of sticks and chains, you can get down to a stick.

That’s no better than the current system. You’re still depending on having the stick in the right place and the ref on the field eyeballing the placement correctly.

I doubt the sticks are ever placed perfect. I watched a high school game the other night. On first down on the 21 yard line the sideline stick was closer to the 20. The team basically started first and 9.

If a camera can move anywhere above the field, a low-power laser to scribe a line across the field can also. Maybe it could start in the NFL, then move to select NCAA stadiums near you. Perhaps a consortium of NIL sponsors could be “requested” to fund the initiative in the interest of improving the game

Another difference with tennis is that the ball hitting the ground determines whether it is in or out. In football, the ball is spotted based upon a carrier’s body part hitting the field. Hawkeye system couldn’t determine that.

You will see Robo Ump within a few years in MLB most likely, calling the balls and strikes.

Another difference with tennis is that the ball hitting the ground determines whether it is in or out. In football, the ball is spotted based upon a carrier’s body part hitting the field. Hawkeye system couldn’t determine that.

What technology do they currently use, when a coach challenges the exact spot of the ball?

Unfortunatly, eyeballs. but I will hate it when there is a computer calling the balls and strikes or football placement.

I believe they just rely on slo-mo video from all angles that they have. As I understand it, the replay officials are getting the same looks they’re showing us on TV.