The NCAA announced some rule changes for this year. The two most notable involved targeting and faking injuries.

On targeting: Players who are ejected in the second half of a game can appeal their first-half suspension for the following game. Steve Shaw, the NCAA’s coordinator of officials, will review the play and will provide feedback to the conference office, which will decide whether to lift the suspension.

On faking injuries: An investigation process will be launched this year that will allow schools or conferences to report teams that are suspected of faking injuries. Shaw will review those plays and will report back to the conference office, which will determine whether sanctions are warranted. 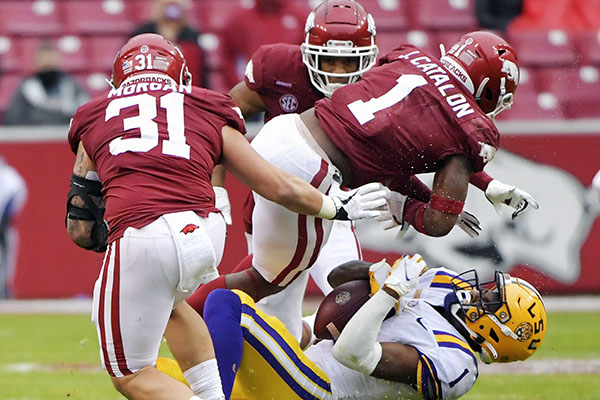 Football players who are ejected for targeting during the second half of a game will be able to appeal their suspension for the first half of the following game beginning this year.

Kiffin and Dorkwitz will be reported by halftime of the first game.

What will they do to the teams without infractions being codified? What are the possible sanctions? Or are they?

I just think the ejection on the targeting the first time is wrong. I think it should be like technicals in basketball the second one sends you out of the game.a lot of these targeting calls are very very close and sometimes the offensive player makes it almost impossible not to be Targeted by lowering their body right before contact and it’s impossible for the defender to change his intended target in mid-flight.

What will they do to the teams without infractions being codified? What are the possible sanctions? Or are they?

Good question. My guess is that will be discussed at the SEC spring meeting next month.

I think it should be like technicals in basketball

I would say it should be like flagrants in basketball. A Flagrant 2 in basketball carries an automatic ejection. It takes two Flagrant 1s to warrant an ejection. It is up to the official to determine the severity of the infraction by watching replay.

In football, I don’t think they are asked to watch for intent on replay, but instead only if there was a forcible hit above the shoulders.

Another aspect is should the player get the penalty or the coach? I think the head coach should suffer some consequences and the more serious between the two individuals.

One of the rule changes that did not get as much notice is that only OL and “stationary” backs can block below the waist now, and they can only do it inside the tackle box.

It looks to be the first part of the process of codification. Of course, they could do a retrospective look at past games for that. Plenty of evidence and data to be gathered there.

NCAA release says the penalties for flopping will be up to the conference or school. Which sounds like fines or suspensions for the coach.

Very very close is the problem. Very very is extremely subjective. The problem.

There are some very close calls on targeting where you can clearly see the offensive player has slightly moved their body right before contact which leaves the defensive player in an impossible situation to redirect their body to avoid a targeting call. I think in those situations they should not call targeting at all, but they still call targeting every time I’ve seen that happen. That needs to change IMO

If it’s helmet to helmet, it would guess it will continue to be targeting.

When the SEC office reviews the call to determine ejection, we know if Bama has a tough game coming up, there will be no ejection. Same for GA If they are playing ULMonroe next, they might have an ejection just so the final numbers will balance out. Let’s see. You SEC office is where?

Oh, come on now. You can’t believe that the SEC Offices located in Alabama would somehow give preferential treatment to Bama.

the Kenny Pickett fake slide is now outlawed, down when a qb simulates feet first for protection. 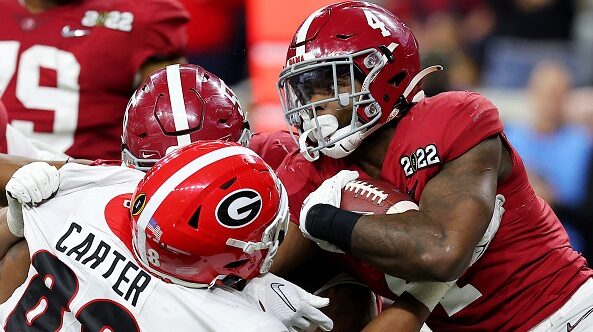 The Pickett fake slide was an instant rule changer. He can take blame or credit.