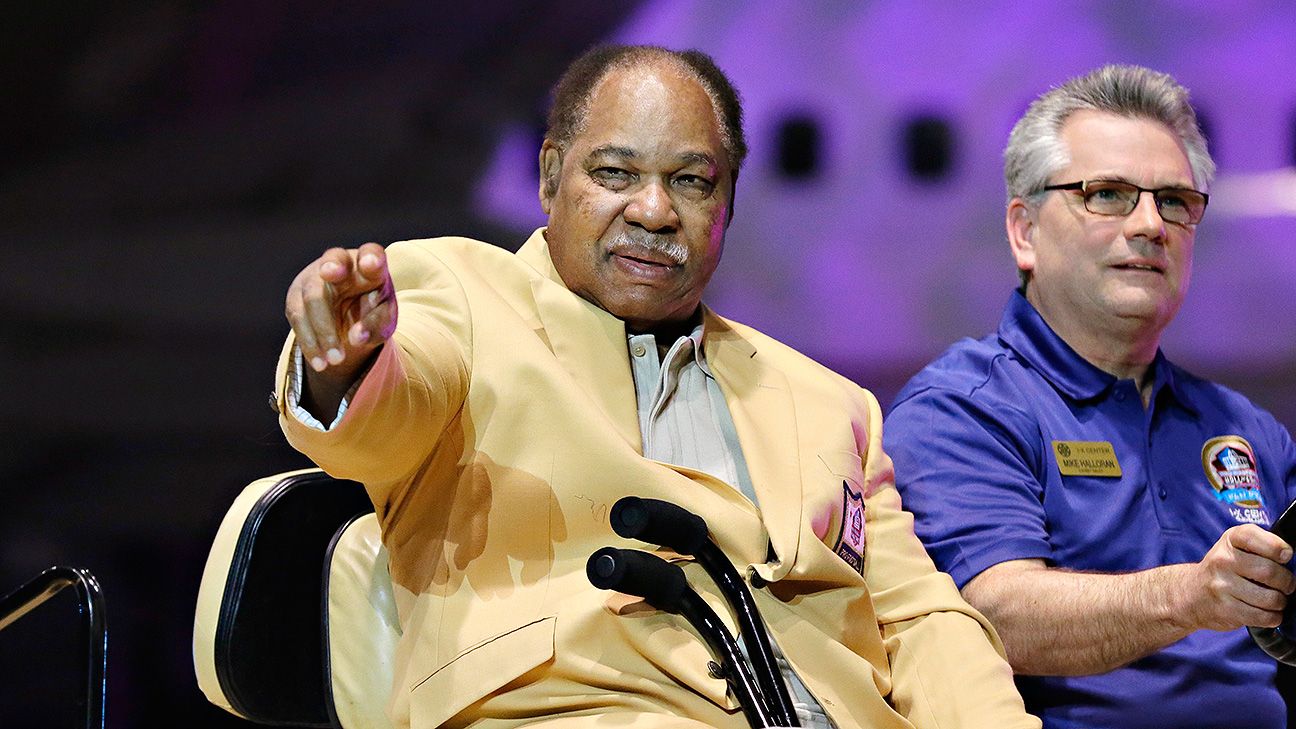 Bobby Mitchell, who starred as a halfback for the Browns and at wide receiver for the Redskins during a career that saw him reach the Pro Football Hall of Fame, died Sunday at 84. He was one of the first African American players to play for...

Mitchell came along at Hot Springs Langston High 15 years too soon to play for the Hogs, so he attended Illinois before a Hall of Fame career in the NFL, mostly for Washington. My dad grew up in Hot Springs three years younger and I’ve heard many stories about Mitchell’s high school exploits; back then he was known as Cornelius Mitchell.

was playing HS in Hot Springs and went to Illinois because the SEC had no black players. I do not remember him being in the NFL hall of fame but my memory is fading.

I do remember a kid named Pace going from LR to a big ten school but I forget which school. Maybe Michigan.

Bubba Smith went from Beaumont TX to Michigan State because nobody in the SWC took black players. And he was 10 years younger than Mitchell.

My undergraduate degree is from Illinois. I was in architecture and played on an intramural basketball team of architecture students. We rather easily won our league two years in a row because we played versus fraternity teams. Then in the playoffs, we ran into the football team and were soundly beaten. I thought I was good until trying to guard Bobby Mitchell. He was a superb athlete. GHG!

The Big Ten football teams recruited Arkansas’ black high schools quite a bit when the major universities in the South would not permit black players. Bobby Mitchell and DeJustice Coleman went to Illinois, Jim Pace went to Michigan, Sidney Williams went to Wisconsin. I’ve read that Elijah Pitts had Big Ten offers, but chose to play at Philander Smith. I’m sure that was also the case for some of the players who wound up playing for Eddie Robinson at Grambling, such as Willie Davis.

Another black player from the segregated era who is often overlooked when discussing great Arkansas players is Willie B. Frazier of El Dorado. He played at Booker T. Washington High School, then accepted a scholarship to play football at Arkansas AM&N (now University of Arkansas, Pine Bluff). Willie was a 6’4", 225 pound (245, later, in the pros) tight end who who also played baseball at AM&N and then went on to a 10-year career in the pros (1964-1975), amassing 209 receptions for 3088 yards and 38 touchdowns. He was named to the all-AFL team two or three years in the mid-60’s. His best year was 1967 with San Diego, where he caught 57 passes for 922 yards (an average of 16.2 ypc) for 10 TD’s, a pretty good season for a tight end even by today’s standards.

Can you imagine? The SEC could have been much more dominant decades earlier had the Big Ten and other conferences not profited from the segregationist policies of the south. Sure, there was discrimination everywhere, but it was not as institutionalized as in SEC and SWC areas. What a crying shame.

I think the HBCUs benefitted more from segregated colleges than the Big Ten did. Look at the number of great players from schools that are now part of the SWAC and the MEAC. It’s an incredible list.

The HBCU football teams were the ones hurt most when state universities began desegregating because schools like Grambling and Florida A&M were no longer the most attractive football programs open to players from the South.

There is evidence that Bear Bryant intentionally scheduled USC in 1970 knowing that the Trojans’ black athletes were more than the Tide’s white boys could handle. He figured correctly that taking a whuppin’ from USC would give him cover to integrate Alabama football despite the opposition of Gov. George Wallace. Bear’s first black player was John Mitchell, who would later be an Arkansas assistant coach under Lou Holtz.

I think the HBCUs benefitted more from segregated colleges than the Big Ten did.

Agree. A few people like Bobby Mitchell and Bubba Smith moved north, but a lot more played for Eddie Robinson at Grambling or Jake Gaither at Florida A&M. And a few at Arkansas AM&N too, including L.C. Greenwood.

Sports no doubt was a powerful force in integration. The first black players to step into previously segregated programs are to be commended for their fortitude.

Yeah of course Darrell Brown was the first black player on the roster under JFB when he walked on in 1965, and Jon Richardson was the first one who got a scholarship and actually played in a game. I didn’t remember hearing anything about Brown at the time, but I was 4 at the time, and he didn’t last long. I was glad to see him recognized on the field at RRS in 2011 and finally get his own Razorback jersey. I’m pretty sure that he was not entirely welcome by teammates or coaches in his brief time on the team.

I don’t recall any negative reaction to Richardson when he got on the field in 1970, but I’m sure there were still plenty of racists who didn’t want any black players wearing a Hog on their helmets.

We were all dumb before we learned better. Reflection is often bittersweet.