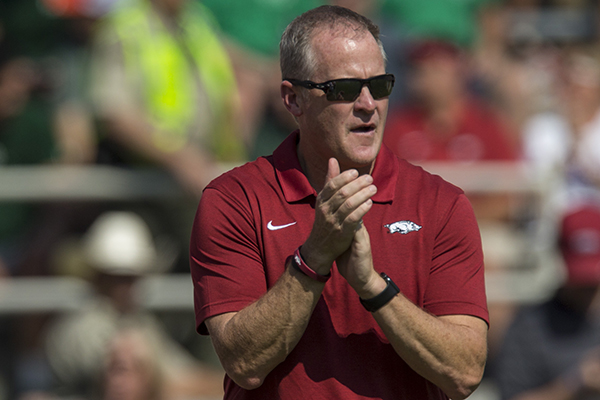 Follow along for live updates as Arkansas athletic director Hunter Yurachek discusses the return of student-athletes to campus and protocols to be put in place.

I appreciate your hard work and typing Scottie, I’m glad you were able to keep us updated, thanks.

We will not test all of our athletes when they return to campus. That follows SEC guidelines. We will test athletes who are symptomatic.

I haven’t followed this as closely as some but I’m not understanding this. Plenty of people don’t show no symptoms. You have the potential for a big spread among the team.

Here are some of the highlights of what Yurachek said today.

First, Arkansas will not offer single-game football tickets until it better understands if there are going to be capacity limits this season. 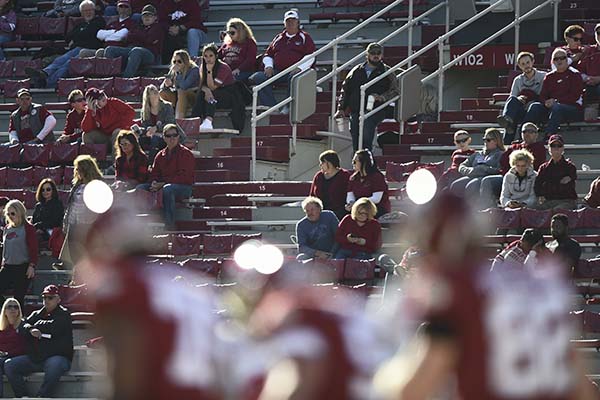 The University of Arkansas does not plan to sell single-game football tickets this year until it receives guidance on how many spectators will be allowed into the stadium.

And here is a rundown of the pertinent of guidelines for athletes to return to campus. 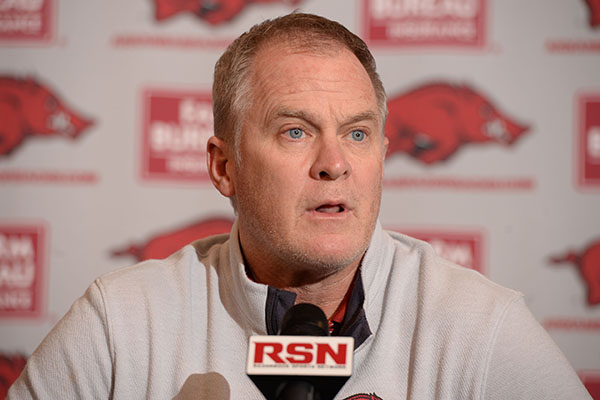 Daily screening will be required for Razorback athletes

Athletes will have their body temperature checked daily and will be screened for symptoms daily as part of the University of Arkansas’ covid-19 protocol.

Sounds like we’re making every effort to find out who has had the virus for about 5 days.

I haven’t followed this as closely as some but I’m not understanding this. Plenty of people don’t show symptoms. You have the potential for a big spread among the team.

Me either. They might get away with this or it could really blow up on them. I know testing is expensive, but it’s false economy if the whole team has to go into quarantine and we lose games – or the entire season. If they’re taking Greg Sankey’s lead on this, that’s gambling on a 14-team parlay.

Got a text from a former Razorback player’s parent that’s in the medical field. The person isn’t impressed with Hunter’s plan. Pretty upset.

Did he provide specifics of what he doesn’t like about it or what he would do differently?

Believes everyone should be tested as they get on campus. Worried about players showing no symptoms infecting so many others.

I’m not in the medical field, but fwiw, I’m not impressed with his plan, either.

I see conflict coming on the horizon. Nervous parents not wanting their kids exposed while those kids want to be with their team.
Then if an outbreak occurs - whoa!
Better test everybody and often.

Everybody and often doesn’t help you much, you can be asymptomatic and test negative and still be shedding the virus. It sometimes takes until day 4-8 to have enough to test positive. There is no 100% sure way to know 100% of the time on who is positive. This virus has different strains which infect at different viral loads in different people.

Well ricepig per that perspective and analysis, every 3-4 days minimum everyone gets tested. 1 or more positives then what?
Like I said there are going to be nervous parents/families regarding this and rightfully so, especially if they are privy to the info you just laid out.

I know testing is expensive,

I was wondering about that. I have no idea what the cost is. Funny thing is I tried to Google it (instead of asking) and all I could find was stuff like “it should be covered by you insurance.” I wasn’t trying to find out what I would be BILLED, I wanted to know the COST.

As a total aside, that is one of the problems with our medical care system in the U.S. I am NOT trying to get political AT ALL, but trying to find out what something cost in the medical field is very difficult! I have a high (very high) deductible plan. I chose it, I am fine with it. But that means for most things, I am basically “uninsured.” Trying to “shop around” to find out what something is going to cost isn’t hard if you are buying a TV. Medical treatment? Good luck!

Trying to “shop around” to find out what something is going to cost isn’t hard if you are buying a TV. Medical treatment? Good luck!

Which is precisely why the “free market” doesn’t work in health care. Besides, providers set their prices in large part based on what insurance will pay. Which is not to say that if UHC or Medicare will pay $5000 for a procedure that the hospital charges $5000; they’ll charge more than that knowing that $5000 is what they collect. And you’re not exactly in position to comparison-shop if you wreck your car and need an ambulance trip to the local trauma center. Of which there is probably only one.

As for the COVID-19 test, one of the virus relief bills passed by Congress and signed by DJT mandates that testing be covered by any insurance you may have, with no copay, no deductible. Free. But in practice your plan only has to cover what it considers a reasonable charge for testing, and anything over that, you get to pay.

Nope, all tests are free, just don’t present an insurance card, it’s in the bill.

Nope, all tests are free, just don’t present an insurance card, it’s in the bill.

But I still wonder what the actual COST is (not the cost to me, but what it actually cost).

That is relevant to this discussion because UA is apparently not going to test all the players. I ASSUME (and we know that that means) that it is due to cost.

But I still wonder what the actual COST is (not the cost to me, but what it actually cost).

Gotcha. The main test for the virus itself, a genome test, shouldn’t cost more than $5. Antibody tests are even cheaper. The government of Egypt had almost all its citizens tested by one or the other beginning in October 2018, trying to cut down on a very high rate of hepatitis C infections (which are usually viral but not a coronavirus). Their genome tests were $5 and the antibody tests were about 50 cents. But then if they found a case of hepatitis, the course of treatment in Egypt cost $45. The same course of treatment in the US would cost about $85,000. Yes I said $85,000.

A side note, not directly related to this topic (yet): There is the possibility that we’re not going to get an effective vaccine. Consider that we’ve known about HIV for 40 years and yet there is still no vaccine. It’s not because no one has been trying to find one either. So we may just have to deal with this for a while.