SEC office will never admit but if officials had called a late hit on Missouri which was obvious the fight would have never happened! I don’t condone fighting but I understand why Florida players reacted the way they did. Anyone else feel like I do?

Should have been called and would have lessened the outcome for sure. But Dan Mullin sure has to shoulder some of that blame as well for the fight.

Dan Mullin sure has to shoulder some of that blame as well for the fight. 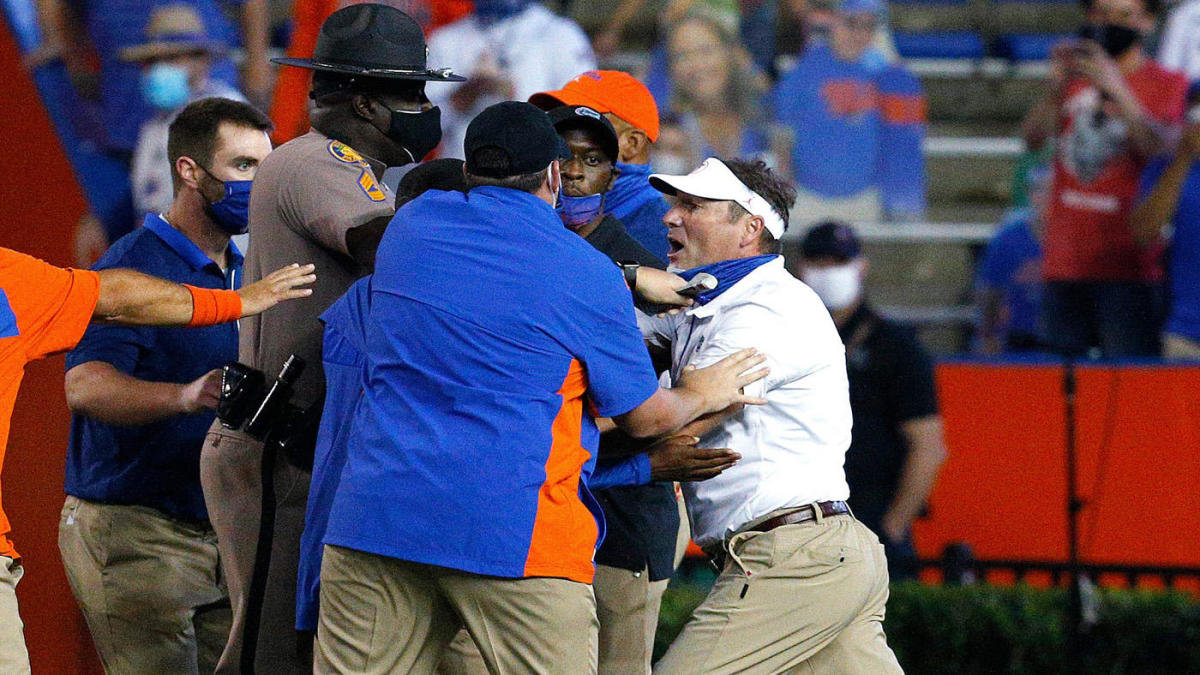 Mullen has been docked $25,000 as a result of his actions on Saturday night

I agree the late hit should have been called. And I’ve watched the replay several times and agree Mullen’s actions were not good. tt appeared to me that he made things worse. And IMO he should sit a game. But the PTB in the SEC office see it otherwise. As usual.

Maybe it’s me, but Mullen at State and Mullen at Florida seem like completely different people.

I agree. He’s pulled some boners at UF.

Mullen got fined the same amount for inciting a brawl that Lane Kiffin got for tweeting the truth. I bet there are about 8-10 coaches in the league that would have been suspended a game for the same offense. SEC still protecting their elites.

I can’t remember the SEC suspending any head coach for anything, elite or bottom-feeder.