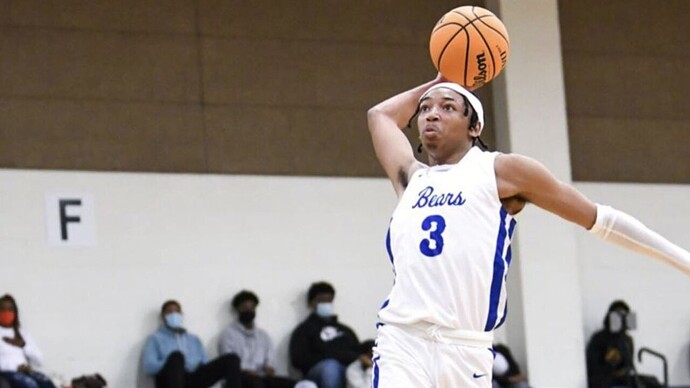 After dealing with a wrist injury, the talented Arkansas native makes his return to the floor.

Nick is back to playing (broken bone in left hand), but he will soon have surgery. The surgery will sideline him for two months.

He should be ready to go for the start of the high school season.

Does Ford’s commitment have any impact on what Nick does? Could we see an Arkansas Fab Four 2.0?

Noticed, his last response indicated he’s not signing (or committing) by the early signing period. He indicated “after the season” to the question, “when will you commit”.

You guys remember a few months ago when he said “this commitment I’m about to make is going to make people mad”?

Wonder what happened with that?

Yes he did. Plus at the same time he had Kentucky in his list and Cal hasn’t even offered.

He just doesn’t seem to be interested in the Hogs

If so, it is his loss. Maturity, personality, chemistry all play a big part with Muss. More fish in the sea than boats.

There must be something poisoning the water in them thar Sylvan Hills. Our man in Sherwood needs to step it up.