We reported last spring that the Razorbacks would play in Maui in 2022. The event officially announced Arkansas and the other participants today. 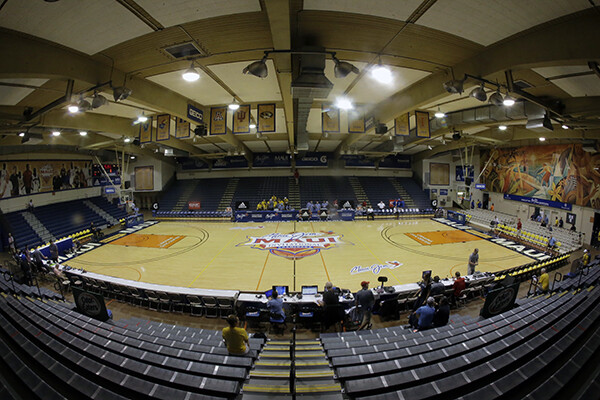 Arkansas has known it would play in the 2022 Maui Invitational for more than a year.

You can get three very good games for your NET rating, if you win.

Hopefully this one won’t have to be played in Asheville, NC. Nothing against Asheville; it’s kind of a funky mountain town not too dissimilar to Fayetteville. But it ain’t Maui.

I spent almost two weeks working there on my COVID research gig at two different nursing homes. Drove past the casino every day where they played the Maui Invitational. It’s a very nice place to visit. I was too busy to check out Biltmore and other attractions in the area, though.

Hmmm, I had in my mind that we were going there this Nov. Oh well. Speaking of this year, are there any pre-SEC season tournaments scheduled, or being looked into for this fall?

Since coaches dress down to coach in Maui, does that mean that our coach will be in shorts and T-shirt? Asking for a friend.

Unless something has changed, we’re supposed to be in the Hall of Fame Classic in Kansas City with Illinois, Cincinnati, and Kansas State. At least, that’s what was announced a few months ago.

The Kansas City event is for this fall. The Maui Invitational that will include Arkansas will be played in the fall of 2022.

Unless something has changed, we’re supposed to be in the Hall of Fame Classic in Kansas City

Thanks guys. I thought I remembered something being scheduled for this fall. Great competition in both events.

Unbelievable beer scene if you’re into that kind of thing.

Great competition in both events.

Illinois should be great competition in KC. K-State was horrible this year and Cincy’s coach literally ran off half his team; why he’s still employed is beyond me.

Asheville is a gorgeous area. We did the Biltmore tour (including carriage ride) with MrBsWax and wife about 15 years ago. Also played golf at nearby Mountain Aire. That is gorgeous country. Believe there is some trout fishing in some of those mountains.